HP has extended its business tablet line-up and announced the ElitePad 1000 and ProPad 600 tablets, alongside the company's new convertible touch PC, the HP Pavilion x360, at MWC 2014.

The former top PC maker announced that the HP Pavilion x360 will be available in the United States starting February 26 and will be priced at $399.99 (Rs. 25,000 approximately).

The HP Pavilion x360 runs Windows 8 and is powered by 2.17GHz Intel Bay Trail-M chipset alongside 4GB of RAM (8GB also available). It features an 11.6-inch HD LED-backlit touchscreen with a resolution of 1366x768 pixels. 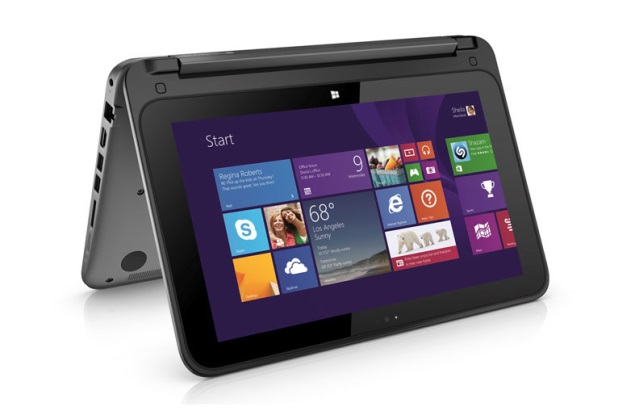 The HP ElitePad 1000 business tablet features a 10.1-inch display with a resolution of 1920x1200 pixels and boasts Gorilla Glass 3. The tablet is powered by a quad-core Intel Atom Bay Trail processor.

The HP ProPad 600 tablet on the other hand, also feature a 10.1-inch display with a 1920x1200 pixels (WUXGA) display, along with Corning Gorilla Glass. The ProPad 600 tablet comes with 64GB inbuilt storage and supports microSD card. It is backed by a quad-core Intel Atom Z3795 processor along with 2GB of RAM.

Ron Coughlin, senior vice president, Consumer PC and Solutions Group, HP said about the launch, "Customers have told us they want a single device that is designed to work and play the way they do, at an affordable price. The HP Pavilion x360 is perfect for today's busy lifestyles. Its 360-degree hinge allows multitaskers to easily transition from laptop to tent to tablet. It's the laptop that doesn't make you miss your tablet and the tablet that doesn't make you miss your laptop -- all at a price that is similar to an entry-level notebook."

Enrique Lores, senior vice president and general manager, Commercial PCs, HP added, "Our tablets and mobile ecosystem continue to evolve to meet the growing transformation of the workplace. The line between work and life has blurred to the point that it's now a true blend, where employees increasingly require stylish, business-ready mobile devices that don't make any sacrifices to productivity, reliability or security."