The Slate 7 VoiceTab Ultra, as the name suggests, comes with voice calling support. However, the listing does not reveal whether the tablet supports dual-SIM functionality. The tablet features a 7-inch WUXGA (1920x1200 pixels) LTPS display, and is is powered by a 1.6GHz quad-core HiSilicon Balong V9R1 Cortex-A9 (manufactured by Huawei) with Mali 450 GPU. 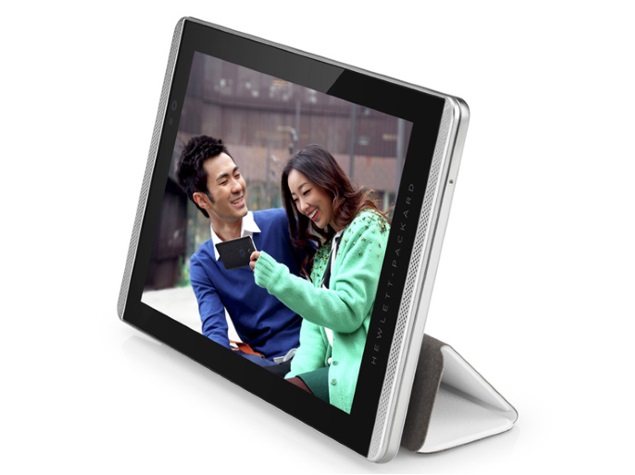 The HP Slate 8 Plus, on the other hand, features an 8-inch IPS display with a resolution of 1280x800 pixels and runs Android 4.2 Jelly Bean. Under the hood is a 1.6GHz quad-core Hisilicon Balong V9R1 ARM Cortex A9 processor alongside 1GB of RAM; 5-megapixel auto focus rear camera; 1-megapixel front camera; 16GB inbuilt storage, and expandable up to 32GB via microSD card. Connectivity option on the Slate 8 Plus includes Bluetooth 4.0, Wi-Fi (802.11a/b/g/n), 3G, and GPS.

Notably, the tablet comes with SIM support, according to HP France's listing, in fact the company is offering one Micro-SIM included with the device. As of now, there is no word whether the HP Slate 8 Plus will support voice calling. The new HP tablets were first spotted by Mobile Geeks.