After launching its Omen gaming laptop and Pavilion 15 series last month in India, HP on Thursday announced back-to-school Windows 8.1-based Envy and Pavilion laptops in the market.

The Windows 8.1-based HP Pro Tablet 608 (seen below) will be HP's first Windows-10 tablet in the market. It features an 8-inch (2048x1536 pixels) display with 4:3 aspect ratio, all protected by a layer of Coring Gorilla Glass 4. Powered by a quad-core Intel Atom x5-Z8500 processor (4 cores, 4 threads, 1.4GHz base clock, 2.24GHz burst), the tablet also includes Intel HD Graphics for handling graphic intensive applications. Tablet comes with optional 2GB or 4GB of RAM.

The HP Pro Tablet 608 G1 houses an 8-megapixel rear camera without a flash and a 2-megapixel front-facing camera. Also included are dual front-facing speakers and dual microphones. The tablet comes in three variants based on its inbuilt storage space - 32GB, 64GB, and 128GB, all of which can support microSD card for expanding storage (up to 2TB). 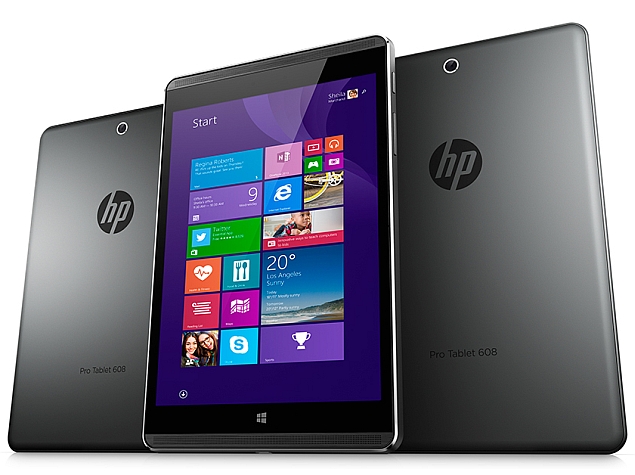 The highlight of the Pavilion x2 is that it comes with a USB Type-C port. Interestingly, the laptops uses USB 2.0 version and not the latest 3.0 or 3.1 version. The 2-in-1 laptop also features a regular USB 2.0 port and HDMI port. The laptop is rated to deliver up to 10.75 hours of battery life when running full-HD resolution videos. Dual front speakers are also included in the device.

The new HP Envy - 14t, Envy - 15z and Envy - 15t (seen below) notebooks introduced by the firm feature a "curved profile and elevated lift hinge to give customers a more comfortable typing and viewing experience while promoting better air circulation under the device." 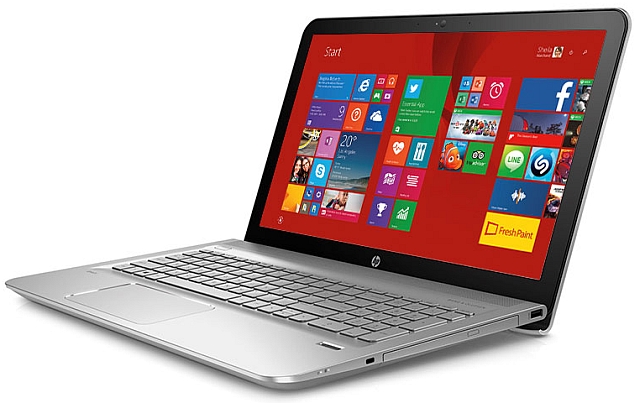 Users have the option to choose between fifth generation Intel Core i5 and Core i7 processors (HP Envy - 14t and HP Envy - 15t). For the 15.6-inch version, users additionally have the option to go for AMD FX or A10 processors (HP Envy - 15z). While the 14-inch laptop features up to 16GB RAM, the 15.6-inch version sports up to 8GB RAM. Users can also choose between NVidia GeForce 940M or GeForce GTX 950M discrete graphics, or AMD Radeon R7 or Radeon R6 graphics on the Envy 15. In terms of storage, the Envy 14 and Envy 15 come with up to 2TB of hard drive and SSD drive. The Envy 15 AMD version on the other hand features up to 1TB. 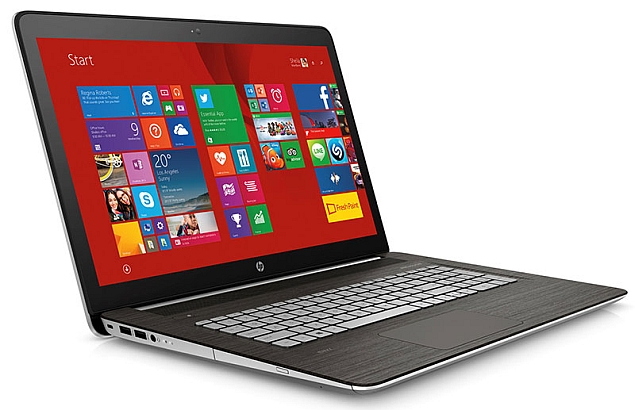 Lastly, the HP Envy 17t (seen above) features a 17.3-inch full-HD WLED-backlit IPS display and is powered by a fifth generation Intel Core i7-5500U (2 cores, 4 threads, 2.4GHz base clock, 3GHz Turbo) processor and Nvidia GeForce 940M or GeForce GTX 950M discrete graphics. The laptop also houses up to 16GB of RAM. Users would have the option for dual hard drives for up to 4TB of storage, while a 512GB SSD drive is standard. Like the Envy 14 and Envy 15, the Envy 17 laptop also equips HP TrueVision HD Webcam for video chatting purposes. More details can be seen on the company's product page.