Huawei sub-brand Honor, at an event in China on Wednesday, launched the Honor Magic 2. However, it was apparently not satisfied with just announcing a smartphone, and had several other announcements up its sleeve. It also launched a trio of other devices, including a tablet, a smartwatch, and a pair of earbuds. The Honor Watch Magic was launched, which appears to be quite similar to the Huawei Watch GT. At the event, Honor also announced its first truly wireless earbuds - Honor FlyPods - and its design looks quite similar to Apple's AirPods. Meanwhile, the key highlight of the Honor Waterplay 8 tablet is the presence of dual rear cameras. All the products are currently available for pre-order in their home country.

In terms of optics, the Honor Waterplay 8 comes with a dual rear camera setup with 13-megapixel and 5-megapixel sensors. At the front, there is an 8-megapixel selfie camera with f/2.0 aperture and fixed focal length.

The Honor Watch Magic sports 1.2-inch AMOLED display with 390x390 pixels resolution. It looks quite similar to the Huawei Watch GT. It comes with GPS, GLONASS, barometer, and NFC support. It also comprises of a heart rate sensor. The smartwatch packs a 178mAh battery. Instead of running WearOS, the Honor Watch Magic runs its own operating system. The smartwatch supports both Android (4.4 or above) and iOS (9 or later) devices using Bluetooth 4.2 LE. 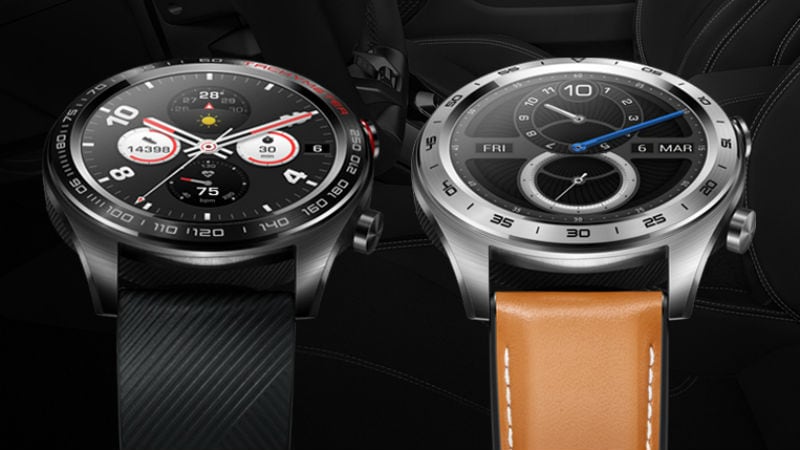 Notably, the Honor Watch Magic comes in two colours variants - Lava Black and Midnight Silver. The Lava Black model has been priced at CNY 899 (roughly Rs. 9,500), while the Midnight Silver variant costs CNY 999 (roughly Rs. 10,500). Both the models are available in China via Vmall, JD.com, Tmall, and Suning, but there is no clarity on a global launch as of now.

Honor has also announced a pair of wireless earbuds called the FlyPods and the FlyPods Pro, and they look almost similar to Apple's AirPods, down to the charging case. It comes in two variants, FlyPods and FlyPods Pro. They come with touch controls and have a 420mAh battery. The case charges via a USB-C port and can also be charged wirelessly. The FlyPods Pro comes with Honor's BoneID technology that claims to use voice recognition and 'bone sound pattern' recognition as biometric authentication to unlock your handset by voice. 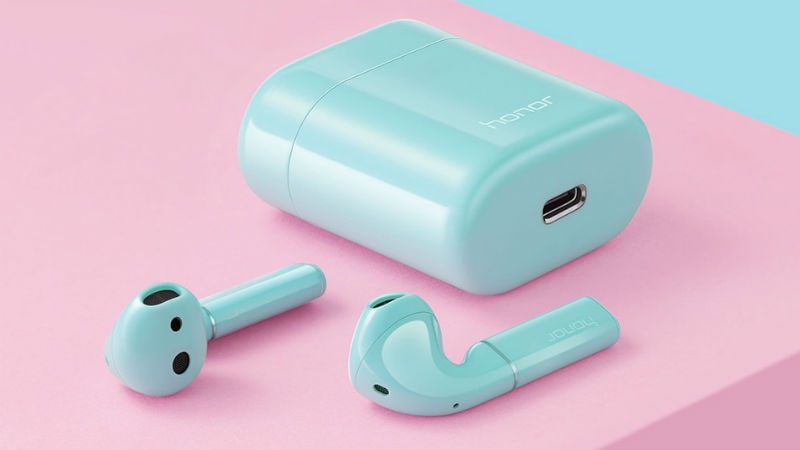 In terms of pricing and availability, the FlyPods are available for pre-order in China and costs CNY 799 (roughly Rs. 8,400). The FlyPods Pro, on the other hand, costs CNY 999 (roughly Rs. 10,500). They will go on sale on November 6, in Charm Red, Lily of the Valley, and Robin Blue colour models.