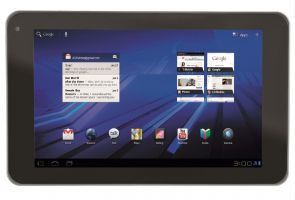 Highlights
The Nexus brand has been reserved for devices that have been manufactured in close collaboration with Google. The first in the series was the Google Nexus One. Manufactured by HTC, the device was pretty potent for its time, but Google floundered in its sales. They tried to sell it using an online only model and later pulled the device totally. They did not sell many.

Learning from the experience and accepting that they could not sell hardware, they developed the next device with Samsung and left it to Samsung to manufacture and sell in the market. The device is called the Samsung Nexus S and is currently one of the premium Android devices available in the market.

The Nexus brand of devices have been known to be flagships for Google and generally are the first ones to get the updates of the Android operating system.

Now the rumours are ripe that Google may be working closely with LG to launch the first Nexus branded tablet featuring their Android Honeycomb operating system. Google forayed into the tablet market with the Android 3.0 Honeycomb OS powered Motorola Xoom but decided that they wanted third party developers to keep their hands-off it. Hence, Honeycomb isn't an open OS like its smartphone cousins.

The hardware that will be developed by LG will give users a "pure Android" experience and will not be covered by any skin (e.g. all HTC Android devices come covered with HTC Sense.) LG has already announced the 3D powered Optimus pad. Would they re-name it as the Nexus tab or launch a new one?

Only three more questions remain to be answered. What are the specifications of the tablet? When will it launch? And why did Google choose LG above the competition to build the "Google flagship tablet"?

We'll let you know as the reports pour in.
Comments