Entertainment Space will be available globally on tablets from Lenovo, Sharp, and others later this year. 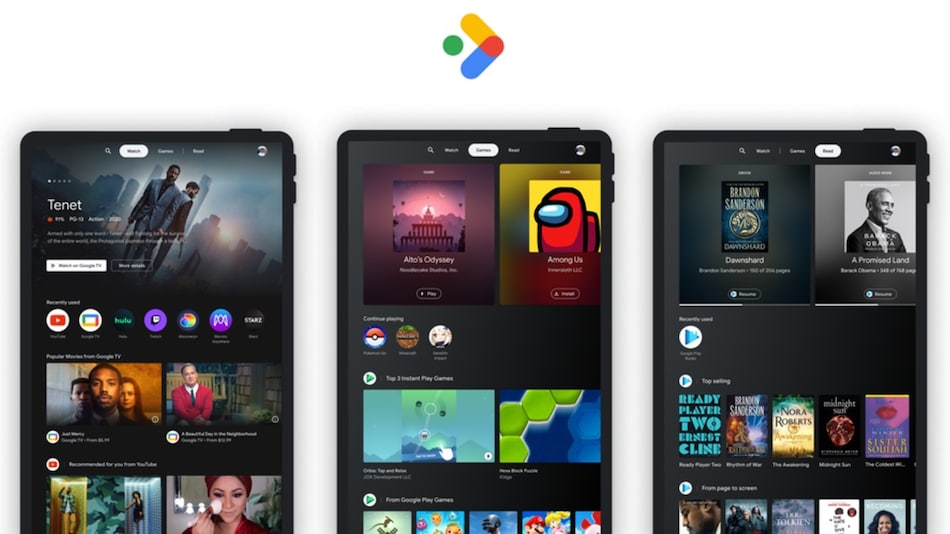 Google has announced Entertainment Space for Android tablets that curates tailored content, including movies, shows, videos games, and books from various platforms in one place. This new one-stop, personalised space essentially offers an Android TV-like experience on Android tablets. While Kids Space, which was launched last year, is recommended for children under 9, Entertainment Space caters to “the rest of the family members”. Google says that over 30 percent more people started using Android tablets in 2020 as compared to 2019.

As per a blog post by Google, Entertainment Space will be available on Walmart onn. tablets in the US starting this month. Google says that it will be rolled out globally to new and select existing Android tablets from Lenovo, Sharp, among others later this year.

Entertainment Space has three tabs on the top that will allow users to quickly choose whether they want to watch content, play games, or read books. In the Watch tab, users can move between streaming services they have subscribed to, and find movies, TV shows or videos, as well as rent or buy from Google TV. It also offers a ‘Continue Watching' row — like the Android TV interface and that of most OTT apps — to quickly resume the show from where you left it.

In the Games tab, users can install and play games from Google Play store. It will also have a ‘Continue Playing' row, just like in the Watch tab. The third is the Read tab that will allow users to read books. This section collates your existing ebooks and the ones you purchase from the Google Play store. Furthermore, users can also listen to audiobooks via the Read tab in Entertainment Space.