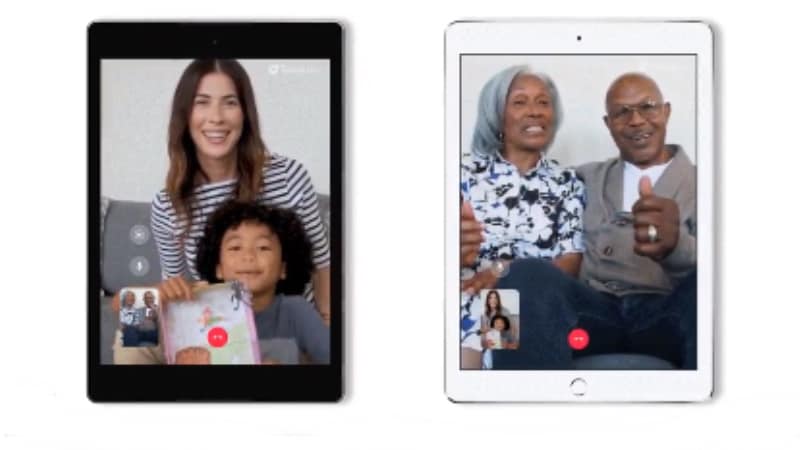 Google has announced that the Duo app is getting video calling support for Android tablets and even the iPad. The video calling app's latest update brings tablet support, and the update is rolling out to all Android tablet and iPad users over the next few days. A few months ago, select Android tablet users got the new tablet interface, but now all users on Android and iPad are getting this support. With the latest update, the Google Duo app will be optimised for all iPad and Android users.

The Mountain View firm notes on Twitter that the update should arrive in the next few days, so you may not see it immediately. As mentioned, the one-to-one video calling app added a dedicated interface for Android tablets in July this year through a server-side update. Back then, only select users got this new interface, but now all Android tablet and iPad users are getting it. The tablet-centric interface shows the video window almost on the entire screen - with the right side featuring the video call and voice call tabs and the unified contacts search bar.

While Google's Duo app is still doing relatively well, Allo hasn't been received with the same enthusiasm, and investment in the chat app has also been paused by the tech giant. To recall, Duo and Allo were showcased at I/O 2016 as Google's answers to Apple's FaceTime, Facebook's Messenger, and Microsoft's Skype apps. Recently, Duo also got support for Google Assistant, and multi-device support was also spotted for select users. Tablet support arrives with the latest update, and you can download Duo from Google Play and App Store for free.