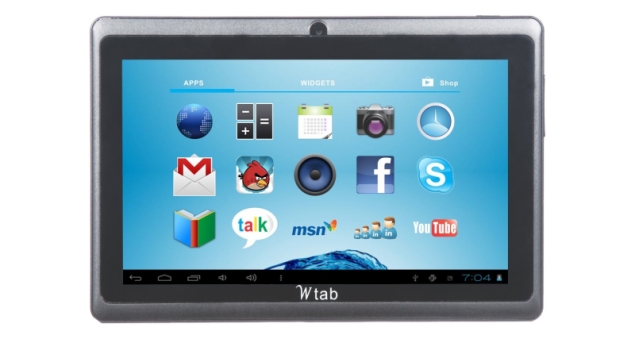 Yet another day and yet another tablet, Delhi based Champion Computers has announced an Ice Cream Sandwich tablet for the Indian market. Dubbed as Wtab 7.2, the tablet has been priced at Rs. 4,899.

The WTab 7.2 runs on 1.5GHz processor and will come with 512MB of RAM, and 7-inch display. The internal storage is limited 4GB, however there is a microSD slot with support up to 32GB of storage.

The tablet also comes with a front camera, although there is no rear camera on the device. Connectivity-wise, the tablet supports 3G via USB dongle and feature Wi-Fi connectivity.

"The market today is flooded with cheap tablets with questionable quality. Our strategy is not to launch the cheapest tablet but an affordable device with quality and superior performance that delights customers," said Kapil Wadhwa ,MD, Champion Computers Pvt Ltd.

Champion Wtab 7.2 is now available at all major retailers across the country.