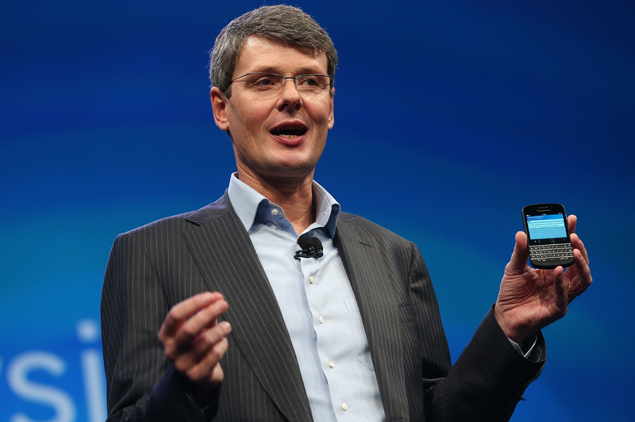 BlackBerry CEO Thorsten Heins is in the news again. After firing salvos at Apple and Samsung, he has come out in the open against the business case for tablets.

During an interview at the Milken Institute conference in Los Angeles, Heins said that he does't think there'll be a reason to have a tablet in five years and that tablets were not a good business model. The interview was reported by Bloomberg.

"In five years I don't think there'll be a reason to have a tablet anymore," said Heins. "Maybe a big screen in your workspace, but not a tablet as such. Tablets themselves are not a good business model."

It's not the first time that Heins has questioned the tablet business. However, the new comment indicates that the company is not looking at tablets, at all.

In a previous interview Heins had talked about the company's stand on introducing a new tablet and had said that the business case for re-entering the tablets market was not compelling at least in the near term.

Heins had also admitted that with the PlayBook, which did not turn out to be a success, the company took the plunge a little too early as it was excited to show off its new operating system and majorly missed out on the app ecosystem.

"I wouldn't want to do it the same way again, if I do something around tablets, I want it to be really substantial and meaningful, and quite frankly it would need to be profitable as well," he had said.

"I think the profit pool is very very thin. Kudos to Apple, I think they really managed to own that space, so it doesn't make sense for me to just take this head on. I need to figure out, for my enterprise customers, for my consumers, for my BB10 audience, what can I do that provides them a mobile computing experience in the form factor of a tablet, which goes beyond just the puristic tablet experience."

So it looks like we're not going to see new tablets based on BlackBerry 10, if you consider the CEO's voice to be the determinant of the company's future strategy. Users are still waiting for a BlackBerry 10 update for the PlayBook, which the company had promised earlier.
Comments