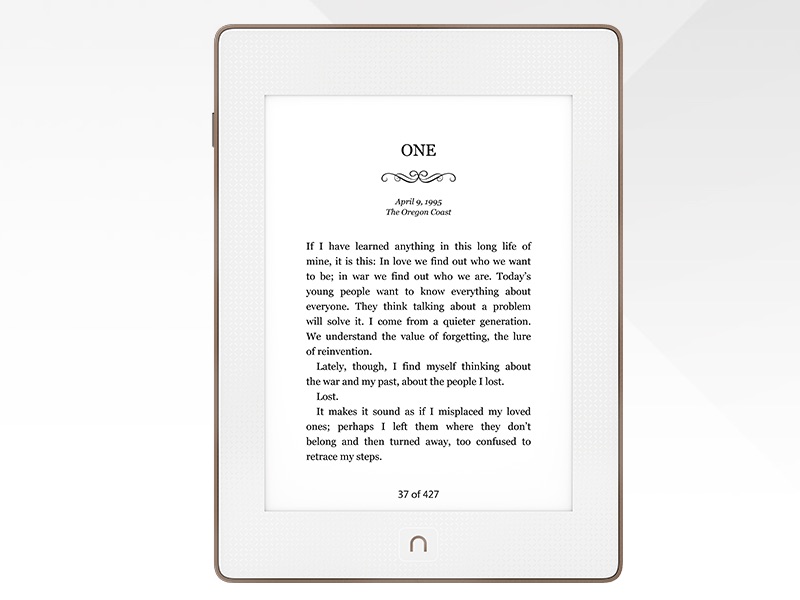 There are only two real big names in the ebook reader space. One is Amazon's Kindle, and the other is Barnes & Noble's Nook. The Kindle received a major upgrade earlier this year, getting a high-resolution 300ppi display. Now it's the Nook's turn.

Barnes & Noble has announced the new Nook GlowLight Plus that comes with a sharper screen and a waterproof body. That's right. Now when you return home after spending all day in the sun, you can directly go to the bathtub and continue that novel you owe yourself to finish.

In addition to its ability to withstand water (3 feet is as deep as you're allowed to take it, and 30 minutes is the time duration limit) immersion and being resistant to dust (with an IP67 rating), the GlowLight Plus, much like Amazon's Kindle PaperWhite comes with a 6-inch 300ppi display, which Barnes & Noble calls "paper-like". As for other specifications, you get around 2.5GB of available inbuilt storage, and six weeks of battery life on a single charge. Wi-Fi 802.11 a/b/g/n connectivity is built-in, alongside a Micro-USB port at the bottom.

Unlike the Paperwhite, however, the Nook comes with an aluminium body, measuring 163.6x119.6x8.6mm and weighing 195 grams. The "n" icon you see on the screen is indeed the home button, in case you were wondering. At a price point of $129 (roughly Rs. 8,400), GlowLight Plus costs $10 (roughly Rs. 650) more than the original GlowLight. It is available for purchase in several regions excluding India from the company's website. For that price tag, the company is also taking all the ads out of your way.

The original GlowLight was launched on October 30, 2013 and did decently in terms of sale. But with the advent of tablets, and Amazon's continuous efforts to make its Kindle lineup better, the Barnes & Noble Nook has taken a beating. The company stopped making its own hardware and went to Samsung for that. In a way, the future of the Nook lies on the shoulders of the GlowLight Plus. We will have to wait to see how that goes.