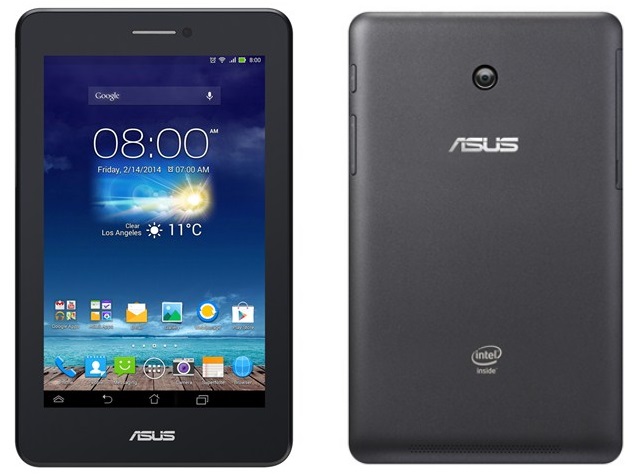 Most of the specifications are the same between the new Fonepad 7 dual-SIM variant and the original Fonepad 7 tablet, which featured a single-SIM card slot, and 3G+Wi-Fi connectivity.

It's worth pointing out that Asus initially announced the first iteration of the Fonepad tablet with voice-calling support at MWC last year.

The Fonepad 7 Dual SIM, as the name suggests, supports dual-SIM functionality and voice-calling. The tablet supports Micro-SIM cards, instead of the regular SIM size. It comes with 7-inch LED IPS display with a 1280x800 pixels resolution.

The new Asus Fonepad 7 runs Android 4.3 Jelly Bean out-of-the-box. It is powered by a dual-core Intel 'Clover Trail+' Atom Z2520 processor clocked at 1.2GHz alongside 1GB of RAM. There is 8GB of inbuilt storage, while Asus is also offering 16GB on Asus Webstorage cloud space for one-year.