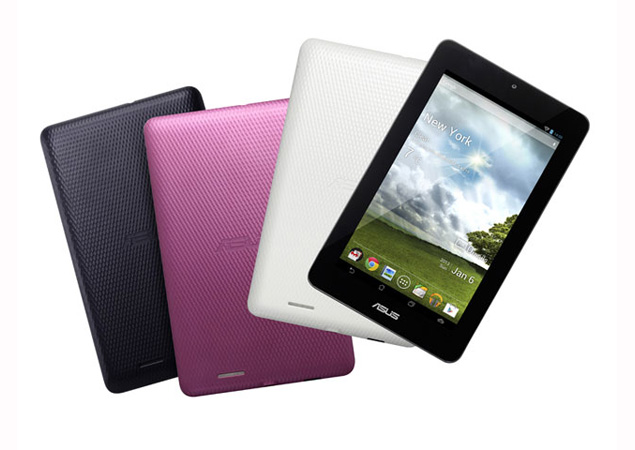 Consumer Electronics Show (CES) 2013 might be the thing of the past but that isn't stopping the companies from introducing new products. Asus is one such company. The Taiwanese maker had announced a couple of interesting tablets even at CES including the Windows-8 based Asus Transformer Book and Asus VivoTab Smart. Monday it introduced a new Android tablet - MeMO Pad ME172V.

Asus MeMO Pad ME172V comes with 7-inch screen that has a display resolution of just 1024X600 pixels. This tablet runs on Android 4.1 (Jelly Bean) and offers full support for Google Play. It is powered by VIA WM8950 processor clocked at 1GHz which is coupled with a Mali-400 GPU.

There is a 1GB of RAM, and an option to choose between 8GB or 16GB of internal storage, which can be expanded to by up to 32GB via microSD. Asus is also throwing in 5GB of cloud storage through ASUS WebStorage

For camera, there is a 1-megapixel front camera but no back camera. Asus MeMO Pad ME172V offers Wi-Fi connectivity and has a 4270mAh battery. It is expected to start shipping in April for $149, which seems to be an aggressive proposition.

The company plans to make this tablet available in three colour options - Sugar White, Titanium Grey and Cherry Pink. It will also have apps such as SuperNote Lite, ASUS WebStorage, ASUS WebStorage Online Office, ASUS Studio, BuddyBuzz, MyPainter and MyBitCast pre-installed on it.

Unlike Asus Transformer Pad, MeMO Pad ME172V will not come along with a keyboard dock.

Asus had partnered with Google in 2012 to launch the Google Nexus 7 tablet. It is also a 7-inch tablet but comes with a higher 1280x800 resolution. The 16GB version of this tablet is retailing for $199 and it comes with Tegra 3 quad-core processor. Google Nexus 7 runs on Android 4.1 (Jelly Bean).