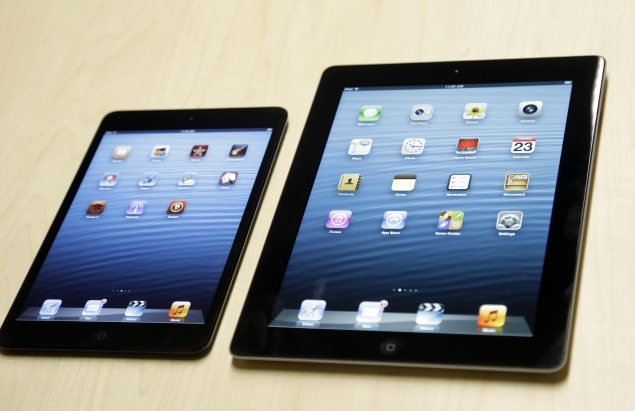 If inside sources of a Japanese blog Macotakara are to be believed, then Apple is reportedly planning to introduce the next generation iPad in the upcoming months.

The blog, which has been known for its accurate predictions in the past with Apple products, states that this version of the company's 9.7-inch tablet will be thinner and lighter drawing on elements from the recently introduced 7-inch iPad mini (Review I Pictures). The expected dimensions for the device are 4mm x 17mm x 2mm. According to the blog, the 5th generation iPad is likely scheduled for a March 2013 release.

Furthermore, the blog's sources indicate that Apple is also amidst a production trial of the 2nd generation iPad mini. The 7.9-inch tablet is expected to feature a 2048x1536 pixel Retina display translating into a 326ppi pixel density and will likely carry on board the A6X chip as seen in the fourth generation iPad.

It's evident that Apple has picked up pace on the tablet front, proof of which we first witnessed this year with the launch of the 4th generation iPad in October, a move which came just six months after launching a new model, doubling the speed of the processor.

Coming to the iPad mini, it was introduced at a special event in San Jose, California on October 23rd (Pictures). The iPad mini features a 7.9-inch 1024x768  display, FaceTime HD and iSight cameras, ultrafast wireless performance and 10 hours of battery life.

The company sold three million iPads in just three days since the launch of its new iPad mini and fourth generation iPad. The number is double the previous first weekend milestone of 1.5 million Wi-Fi only models sold for the third generation iPad in March. So whether or not the next generation iPad and iPad mini create a similar effect is something that we'll keep an eye for.