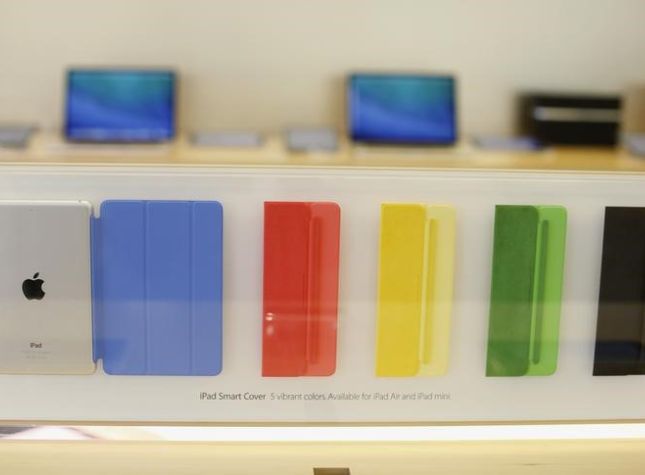 Apple Inc's suppliers have begun manufacturing new iPad tablets in an attempt to revive flagging sales of the tablet, Bloomberg reported, citing people with knowledge of the matter.

Apple, which helped create the tablet market in 2010 with its first iPad, has seen growth plummet from 2012, as larger phones became more popular and people delayed replacing their tablets.

Mass production of the iPad Air with a 9.7-inch (24.6-cm) screen has already started, and it is likely to be unveiled by the end of current quarter or early next quarter, Bloomberg said, citing two people familiar with the matter.

A new version of the 7.9-inch iPad mini is also entering production and is likely to be available by the end of the year, Bloomberg said.

Apple spokeswoman Trudy Muller declined to comment on the report.

International Business Machines Corp said in July it would partner exclusively with Apple to sell iPhones and iPads, which could rejuvenate the tablet's sales by entering into a largely untapped corporate market.

Apple shipped 13.2 million iPads in the June quarter, 8 percent less than a year earlier. Sales of the devices, which accounted for 15 percent of revenue, fell short of Wall Street's expectations for the second quarter in a row.