Apple may have big iPad, Apple Watch, and iPhone launches planned for next year. 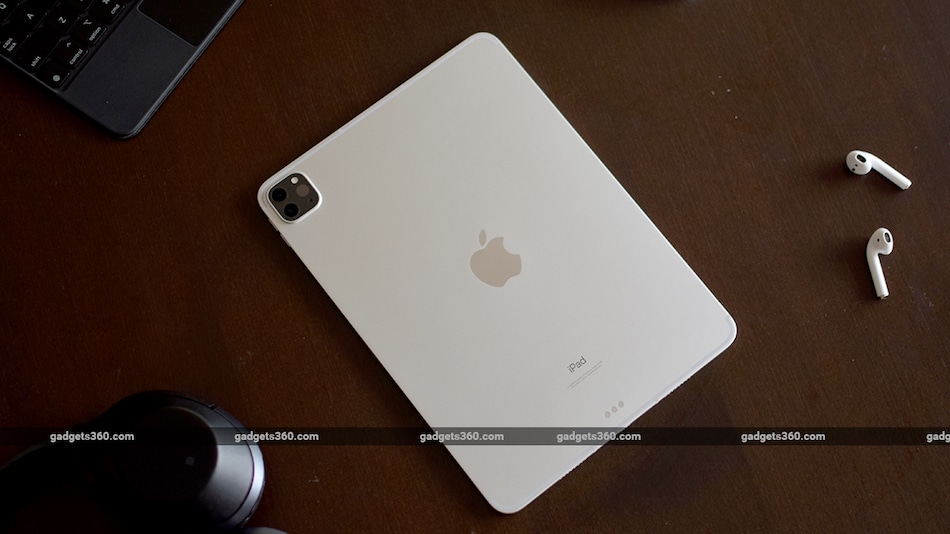 Apple is working on a “wider-range” of new devices in 2022 that will include the redesigned iPad Pro as well as new Apple Watch models, AirPods Pro upgrade, and a high-end iMac, Bloomberg reporter Mark Gurman suggested in a newsletter emailed to subscribers. The new range is also tipped to have a redesigned MacBook Air that would be powered by Apple's M2 chip. Alongside the upgrades to its computing devices, Apple is said to have the iPhone 14 lineup in plans for 2022. The Cupertino company is also tipped to unveil its new iPhone SE model with 5G support.

In the latest edition of his newsletter Power On, Gurman corroborated his earlier claims and said that the new iPad Pro will come with wireless charging support. There will also be updates to the lower-end iPad Air and entry-level iPad, the reporter said.

Alongside the iPad models, Apple is said to be planning to bring its new Mac models. These will include a redesigned MacBook Air as well as a “revamped, high-end” iMac with Apple silicon. The new series is also speculated to have a new entry-level MacBook Pro, a new Mac Pro, and a next-generation Mac mini. Some of these devices were originally rumoured to come this year, though Apple ultimately decided to upgrade just its high-end MacBook Pro models with the M1 Pro and M1 Max chips and a display notch design.

In 2022, Gurman noted that Apple is also planning to upgrade its Apple Watch family with three new models. These will include an updated Apple Watch SE as well as a ruggedised version, he said.

Apple is also speculated to have the iPhone SE with 5G and the iPhone 14 models sometime in the next year. Further, we can expect the company to give us a glimpse of its first mixed reality (MR) headset that would be aimed at enhancing augmented reality (AR) and virtual reality (VR) experiences.

Gurman is not the only Apple's spectator who suggests a bigger product lineup planned for 2022. Experts including analyst Ming-Chi Kuo also speculate a similar roadmap. However, Apple has not yet given any official hints about what we could see next year. It is, thus, safe to consider the reported details with scepticism.