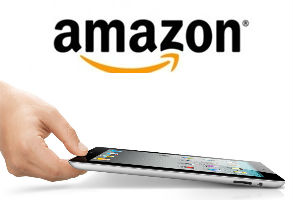 Highlights
Lets face it, many have tried but no one has been able to match the quality offering of the iPad at the right price point. Amazon is the latest to join the race with two Android Honeycomb based tablets. No time frame for the launch is available but we suspect it will happen towards the end of this year.

PCmag.com has reported that the tablets will be available in two variants. The 7-inch version is called the Coyote, the 10-inch sibling is ambitiously named Hollywood. The tablets may be priced at $349 (Rs. 15,700 approx.) and $449 (Rs. 20,300 approx.) respectively.

Not only will the tablets be cheaper than the cheapest iPad 2 - the 16GB costs $499 - they also boast of some impressive hardware as well. The 7-incher shows off the standard NVIDIA Tegra 2 chipset used in all Honeycomb tablets available in the market today. The 10-incher however plans to take the ballgame to a whole new level and boasts of a quad-core Nvidia Kal-El processor a.k.a. Tegra 3.

With Amazon's Android app store already in place, they are all set to take Apple head-on in the tablet ecosystem.

Apart from the price and the processor details, no other information about the devices is available. We would expect the Coyote to hit store shelves earlier as its hardware seems to be similar to the other Honeycomb offerings available in the market. Hollywood could make its grand entrance in late 2011.
Comments

App of the Day: Localscope - Find anything, anywhere
Yahoo ready to deliver on promise to upgrade email