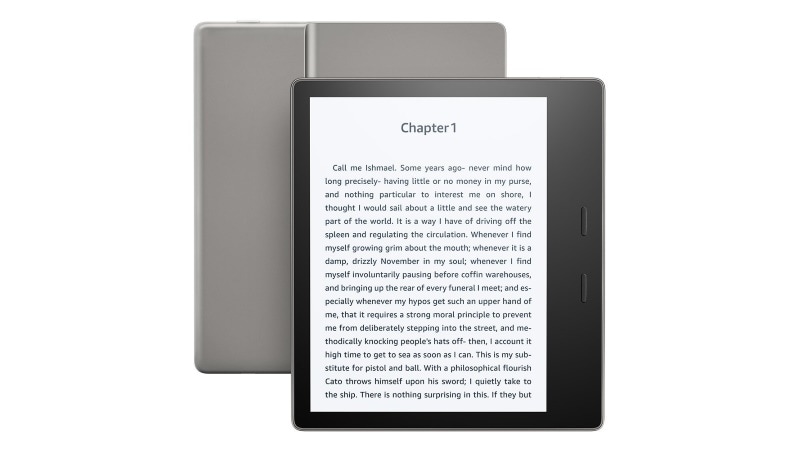 Amazon.com introduced Wednesday a waterproof Kindle ebook reader long-awaited by enthusiasts, the latest in a string of consumer devices from the online retail giant this year. The e-reader is already up for pre-orders in India, and will start shipping from the week of November 13. The new Kindle Oasis is priced at Rs. 21,999 for the 8GB model and Rs. 28,999 for the 32GB model (Wi-Fi + free 3G).

The updated version of the Kindle Oasis has a six-week battery life, and a brighter 7-inch 300ppi screen, slightly larger than the previous model. Waterproofing has long been an omission on Kindle e-readers, and will now let people read at the beach or in the bath tub without worrying about damage, Amazon said. The Kindle Oasis is IPX8 rated, which means it should withstand immersion in over 1-metre of water.

In the US, the company is offering a 4G model for the cellular variant, but in India, it's offering a Wi-Fi + free 3G model, where the company pays for the 3G connectivity enabled by Amazon Whispernet. In India, it's partnering with Vodafone for this, but the company says it will wireless coverage in "over 100 countries and territories".

It's been an unusually packed year for Amazon gadgets. Last month, the company introduced several new Echo speakers and rolled out refreshed tablets. Amazon also launched the Echo Show, with a screen, and an Echo Look that gives style suggestions. The company launched the Echo Dot, Echo, and Echo Plus in India earlier this month.

Written with inputs from Bloomberg