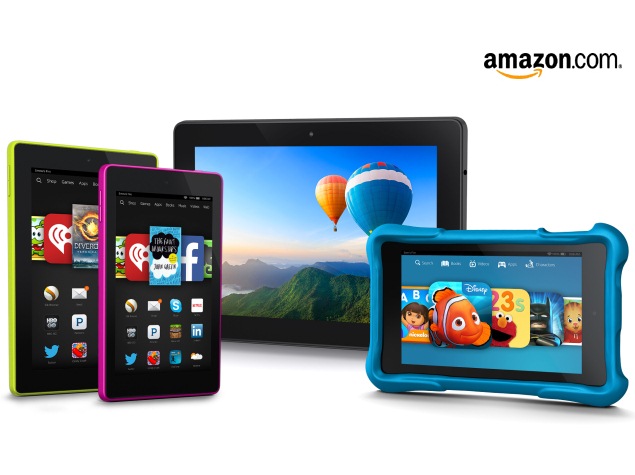 The company said that the Fire OS 4 will come pre-loaded on the new Fire HD and Fire HDX tablets, and will be available as a free, over-the-air update for third-generation of Fire tablets. Amazon Fire Phone (Review) users will only receive the Fire OS 4 upgrade early next year.

"Fire OS is not just a device OS - it deeply integrates with the Amazon cloud to further improve performance and ease-of-use, to enable cross-platform syncing, and to power services that require more processing than is possible on a mobile device," said Amazon in a press statement.

According to Amazon, Fire OS 4 updates the visual design of the UI and adds custom Profiles option for multiple users using the same device. With Profiles, multiple users will be able to create a custom profile on the device with their own individual email, Facebook and Twitter accounts, settings such as display brightness, bookmarks, spot in a movie, and game levels, says Amazon.

The updated Fire OS also includes a Fire TV feature called 'ASAP' (Advanced Streaming And Prediction) which as per the company will predict the movies and TV episodes of user's choice, and queue it up automatically for streaming so that the content starts playing instantly when the user decides to view it.

One another feature called 'Smart Suspend' is included in Fire OS 4, and is said to develop a device-specific profile based on user behaviour, to turn off wireless connectivity in slow periods. Amazon says that this helps the device to deliver up to 25 percent more standby battery life, and that wireless connectivity is turned on intermittently to ensure all notifications and emails are synced when the user picks up the device.

Amazon has also brought in the Firefly feature from its Fire Phone, an augmented reality feature which essentially lets users identify content like artwork, text, and audio instantly.