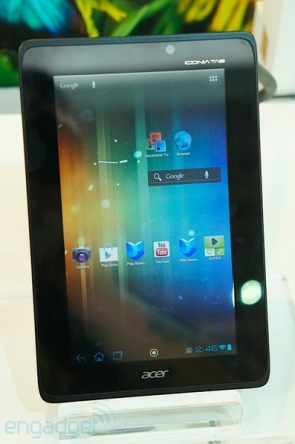 With Windows 8 dominating the headlines at Computex, Android has been far from the flavour of the week. That doesn't mean there aren't any interesting Android products on display at the trade fair in Taiwan. Acer is showcasing a tablet that could very well make an impact in the tablet market.

Dubbed as A110, this 7-inch tablet is powered by NVIDIA Tegra 3 quad-core processor and will be priced less than $200, reported Engadget. Acer A110 runs on Android 4.0, and is probably one of the initial beneficiaries of NVIDIA's recently revealed Kai program that aims to launch inexpensive quad-core tablets.

Acer is yet to officially announce the tablet, but according to an Acer representative, it will debut in the third quarter of this year.

Apart from Acer A110, Google is also reportedly working on a cheap Android tablet that is being manufactured by Asus.