Acer Unveils Laptops, Chrome OS Machines, and a Tablet Ahead of CES 2016

Acer ahead of CES 2016 in Las Vegas has launched new notebooks, a Chromebase, monitors, a Chromebook, and a convertible laptop - all of which will be further showcased at the trade show. The Acer Aspire V Nitro Black Edition notebook and the convertible Aspire Switch 12 S will be available to buy in the US next month starting $1,099 (roughly Rs. 73,200) and $999.99 (roughly Rs. 66,600) respectively. They will also be available in Europe, Middle East and Africa. The Acer TravelMate P648 commercial notebook will be hitting the shelves in April with a starting price of $799.99 (roughly Rs. 53,200).

Acer's Aspire Switch 12 S (SW7-272) (seen above) is 2-in-1 notebook which features the new Acer ExoAmp WiFi antenna embedded in the metal chassis along with the new Acer Snap Hinge Gold. The Windows-10 based device has a 12.5-inch IPS display (optional full-HD or 4K resolution) with Zero Air Gap technology for reduced glare and Corning Gorilla Glass 4. It comes powered by a choice of sixth generation Intel Core M processors.

Besides an HD front-facing camera, the Aspire Switch 12 S supports the Acer Active Pen and features front-facing speakers powered by Dolby Audio and Acer TrueHarmony. The company says that the initial models will be available with either 4GB or 8GB RAM options and either 128GB or 256GB SSD storage options.

Acer Aspire V Nitro Black Edition notebook was also unveiled, the key feature of which is the Intel RealSense short range camera. The laptop is said to offer gamers 2D and 3D image quality allowing them to broadcast game videos and video chat with background removal. The Window 10 based laptop is available in 15-inch and 17-inch screen size variants. Powered by sixth generation Intel Core processors, the notebook models support Nvidia GeForce GTX960M GPU with up to 4GB GDDR5 graphics RAM. It also has front-facing speakers powered by Dolby Audio and Acer TrueHarmony. 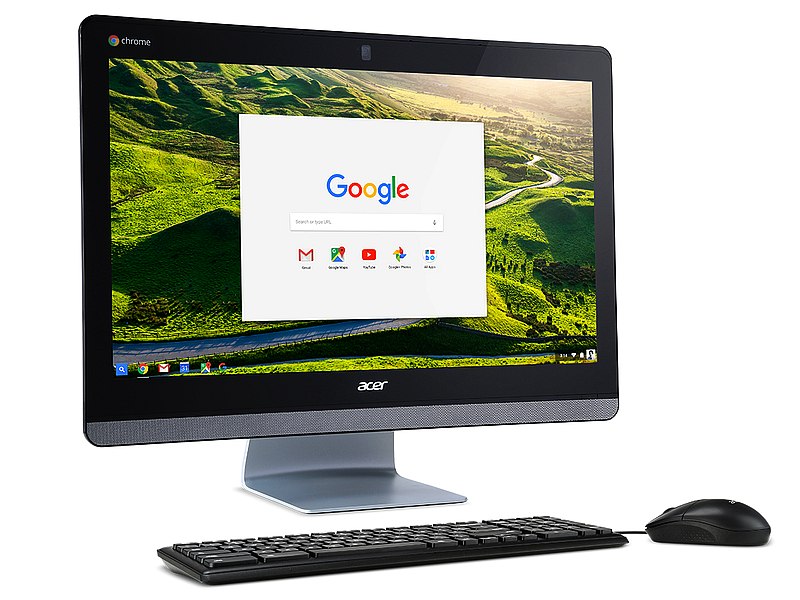 The company claims its new Chromebase 24 (CA24I) (seen above) to be the world's first Chrome OS desktop powered by an Intel Core processor. The all-in-one Chrome OS-based desktop sports a 23.8-inch full-HD IPS display with up to 178-degree wide viewing angles. It can support up to 8GB of DDR3L RAM along with an HD resolution webcam.

Coming to the monitors, Acer at the event announced the R1 series, H7 series (seen below) and the XR342CK monitors with IPS technology and 178-degree viewing angles. The company touts its R1 series monitors for being one of the thinnest in the world. The screen with Acer's ZeroFrame design also bears Acer Flicker-less and Blue Light Filter technologies. The R1 series full-HD resolution monitors will be available in 21.5, 23, 23.8, 25 and 27-inch screen sizes. 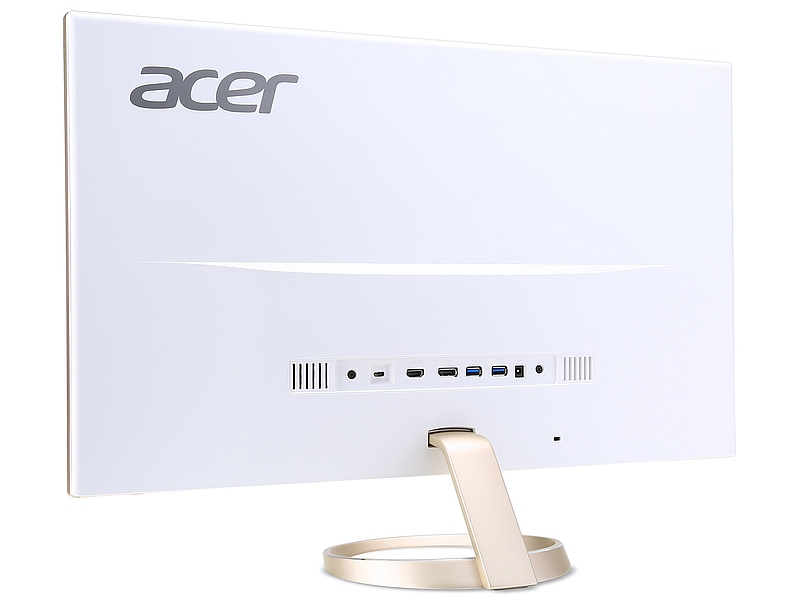 Acer claims its H7 series monitors as the world's first USB Type-C monitor that lets them transfer data and display content from notebooks or smartphones directly. Sporting a diamond-cut and brushed-metal stand, the H7 series monitors will be available in 25-inch and 27-inch screen size options. They also boast QHD (2560x1440 pixel) display with Acer TrueHarmony and DTS Sound technology.

The Acer XR342CK is the company's QHD (3440x1440 pixel) resolution monitor with a 34-inch 21:9 panel. It is said to include 6-axis colour adjustment with AMD FreeSync technology for refreshed frame rates.

The company's TravelMate P648 commercial notebook is Windows 10-based and comes in sixth generation Intel Core i3, Core i5 and Core i7 processor options. It is also claimed to be the world's first notebook to support Wi-Fi 802.11ad multi-band wireless connectivity by Qualcomm Atheros. It can utilise the 60GHz band wireless spectrum and deliver download speeds of up to 4.6Gbps. The notebook features a 14-inch display with display resolution option of up to full-HD (1080x1920 pixels). It can support up to NVIDIA GeForce 940M graphics with 2GB VRAM along with 4GB DDR4 RAM that can be upgraded to 20GB. It comes with either a 1TB hard drive or a 512GB SSD. Weighing 1.7kg, the laptop is 0.83-inch thin and features a HDR HD webcam. NFC connectivity is also included.

The Acer Iconia One 8 (B1-850) tablet as the name suggests, sports an 8-inch display HD IPS display. The budget Android 5.1 tablet features 5-megapixel rear camera; 2-megapixel front-facing camera; 1GB DDR3L RAM, 16GB inbuilt storage, which can be further expanded via microSD card (up to 128GB); MediaTek-based quad-core processor, and 9 hours of battery life. The tablet is meant for family use and comes preloaded with Kids Center, EZ WakeUp, EZ WakeUp and more. 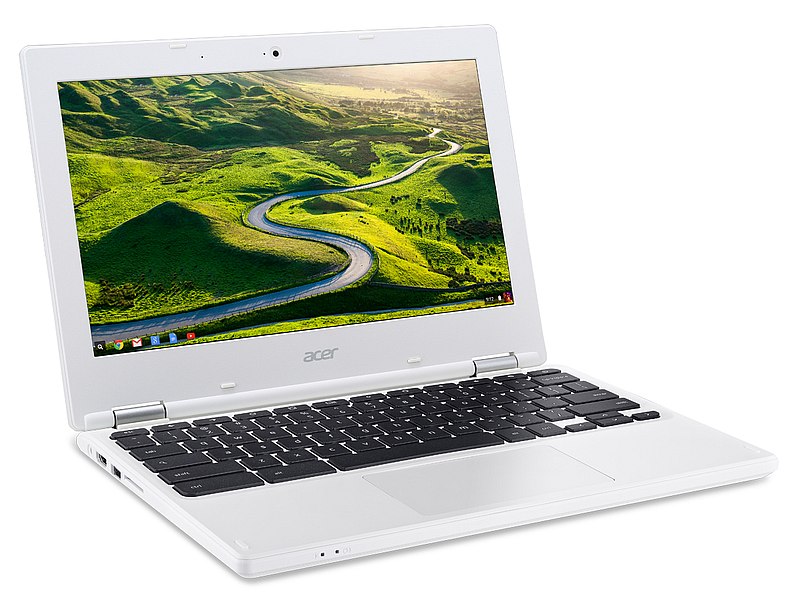 Lastly, Acer launched its Chromebook 11 (seen above), which as per the company bears premium and durable design. Measuring 0.73-inch thin, the device weighs 1.1kg. It bears a 11.6-inch display with 1366x768 pixel resolution along with Google's regular set of apps and a HDR camera. The Chrome OS-based Acer Chromebook 11 under-the-hood packs Intel Celeron quad-core processors, clubbed with either 2GB or 4GB RAM. It also houses 16GB or 32GB of eMMC inbuilt storage and can deliver up to 9 hours of work time on single charge.