Just ahead of Computex in Taipei, Taiwanese company Acer has launched a host of new devices. This includes a new laptop, an upgraded 2-in-1, and fresh Iconia-branded Android tablets. The Acer Nitro 5 is a budget gaming laptop, while the Spin 1 convertible gets upgraded processors and more. The addition to the tablet lineup brings Android 7.0 Nougat software with one variant sporting a quantum dot display.

Starting with the laptop, the Acer Nitro 5 is a gaming laptop with multiple configurations. It includes Intel and AMD processors – up to seventh generation Core i5 and i7 processors for Intel with Nvidia GeForce GTX 1050 Ti graphics, and seventh generation A-Series FX, A12, and A10 APUs along with up to a discrete Radeon RX 550 graphics chip from AMD. To take care of heating, Acer has introduced a Coolboost technology that delivers heightened fan speeds and cooling ability, and allows users to manually control the cooling process when heavy use requires an added boost. It boasts of a 15.6-inch full-HD display with up to 32GB of DDR4 RAM, 512GB SSD, and 2TB HDD storage. The keyboard has red back-lighting, and ports include USB 3.1 Type-C, USB 3.1 Type-A, Gigabit Ethernet, two USB 2.0 Type-A ports, and HDMI 2.0. The Nitro 5 will arrive in North America in July with prices starting at $799 (roughly Rs. 51,500).

Coming to the upgraded Spin 1 convertible, it now packs new hardware and a sleeker metal design frame. It brings support for up to the latest Intel Celeron and Pentium processors, up to 4GB of DDR3 RAM, and 32GB/ 64GB/ 128GB storage. It sports an 11.6-inch full-HD display with a 360 degree hinge, and weighs only 1.25 kgs. It is rated to offer up to 8 hours of battery life, and ports include USB 3.1 Type-A (gen 1), USB 2.0 Type-A, HDMI, and microSD card slot for memory expansion. It comes with a stylus support on the touchscreen display, and also supports Bluetooth version 4.1. The updated Spin 1 will also arrive in North America in July with prices starting at $329 (roughly Rs. 21,200). 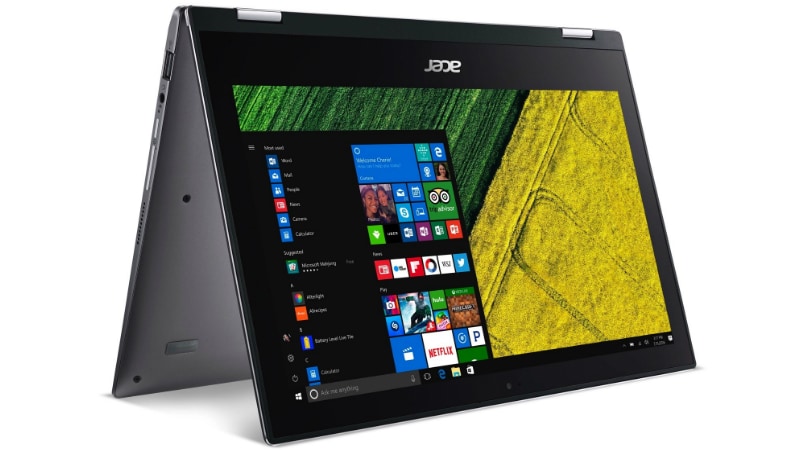 Lastly, but importantly, the new 10-inch Android tablets that runs on Android 7.0 Nougat. The more premium variant is called the Acer Iconia Tab 10 (A3-A50), and the other is known as the Acer Iconia One 10 (B3-A40FHD). Both the tablets are powered by a MediaTek quad-core processor, and are rated to offer up to eight hours of battery life. Starting with the Iconia 10, it sports a quantum dot display, four speakers, and a built-in sub-woofer for better media consumption. The Iconia One 10 brings more connectivity options with two micro-USB ports. Both the tablets support DTS-HD Premium Sound, and Wireless AC connectivity. Acer did not reveal full specification details of these tablets, and also refrained from announcing pricing and availability. 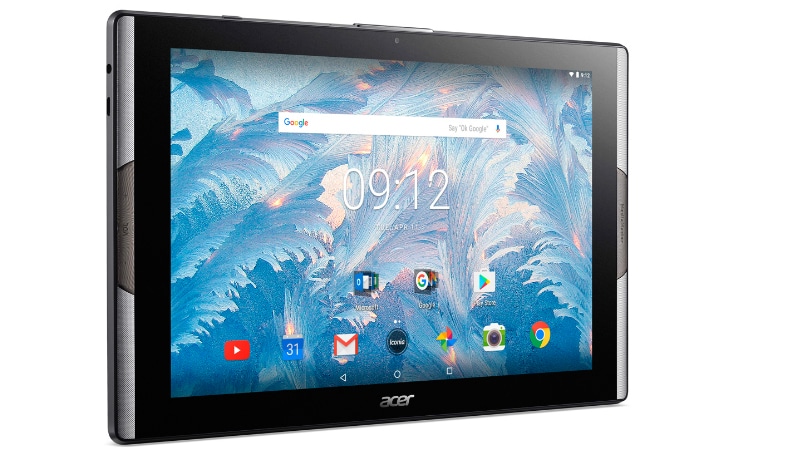