Acer Iconia A3 10.1-inch tablet announced ahead of IFA 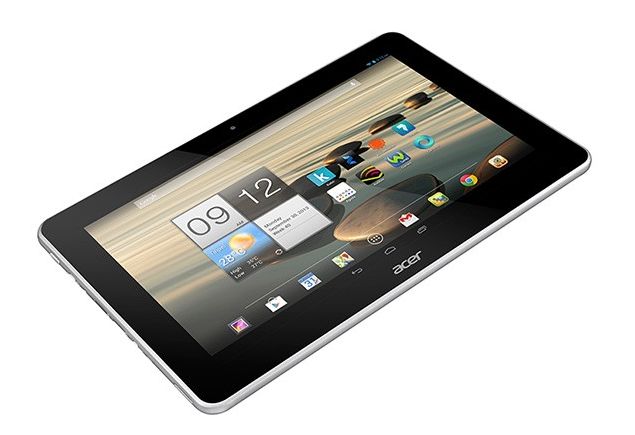 Acer has unveiled a 10.1-inch Android tablet, Iconia A3, ahead of the IFA trade show in Berlin, that starts later this week.

The Iconia A3 sports a 10.1-inch WXGA display (1,280 x 800 pixels) with IPS technology for wider viewing angles. The tablet is powered by a 1.2GHz Cortex A7 quad-core processor, and would come in 16GB and 32GB internal storage variants, with the ability to expand storage via microSD card. The company hasn't mentioned the RAM, though.

The tablet features a 5-megapixel rear camera that can take snapshots at full video resolution while recording a video. It's not clear if the tablet has a front facing camera.

The Iconia A3 comes with Dolby Digital Plus creating a virtualised 5.1 channel surround experience over headphones, reduced background noise and dialogue volume boost.

The tablet runs Android 4.2 Jelly Bean with Acer's software enhancements running on top. It also features a micro-HDMI port to connect the tablet to an external display.

The battery capacity of the tablet hasn't been specified, but Acer claims that it offers 9 hours of video playback.

Acer has also launched the DA241HL, a new 24-inch touch-enabled all-in-one machine that runs Android 4.2 Jelly Bean. The device is powered by an Nvidia Tegra quad-core processor. The touch all-in-one also features MHL connectivity, allowing users to transmit content to a larger display. It can also connect to any PC with Windows 8 via an HDMI port or USB cable becoming a 2-point Touch Display.
Comments