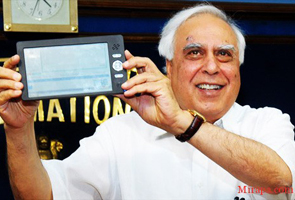 Makers of India's low-cost Aakash tablet on Saturday denied a local media report that said the computer was a cheap Chinese import and not an Indian innovation as was claimed.

DataWind, a British-based company with major operations in Canada and India, said the allegations in the Hindustan Times newspaper that the company had "conned" India with the computer were "inaccurate and misleading".

Early this month India launched the Aaakash 2, a new version of what is dubbed the world's cheapest computer - for sale to students at a subsidised price of $20 - with a quicker processor and an improved battery.

DataWind chief executive Suneet Singh Tuli said in a statement the company's business model was similar to that of technology giant Apple "where we use subcontract manufacturers to build our products".

"The software and mechanical parts (of Aakash 2 tablets) are developed by us," Tuli said in the statement.

The Hindustan Times said the company may have procured these devices off-the-shelf from manufacturers in China and alleged that it had "no role either in the design or manufacturing of Aakash 2 tablets".

Tuli said for the first 10,000 units, the motherboards and kits were manufactured in its Chinese subcontractor's facilities "for expediency" but the final assembly and programming was done in India.

"This was well discussed and we got approval prior to shipping," he said.

The Aakash tablet is seen as helping end India's "digital divide" and is aimed at making computing technology available to students in a country where only one in 10 people use the Internet. Aakash means sky in Hindi.

The Aakash has been hailed a major success for India, which is also famous for producing the Tata Nano - the world's cheapest car, priced at about $2,500.

Black Friday sales online top $1 billion for first time: Report
12 apps that show off what your shiny new iPad can do