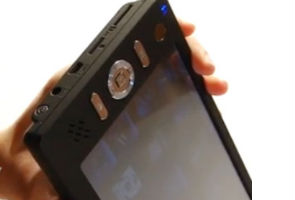 Highlights
The $35 tablet has done a good job of playing hide and seek with us over the past year popping up every now and then. Last year in August we got a close look at the device and were blown away with it's potential and price point. In 2010, HRD minister Kapil Sibal promised, on Gadget Guru, that the $35 tablet would see the light of day in 2011 and it seems he will stand true to his word.

The device, which will be subsidised by the Indian government, is aimed at educational institutes. NDTV sources have confirmed that the first batch of 1000 units of the device is under production. It is being produced in India and will be delivered to the Ministry in another 10 days. The HRD Minister aims to provide a million units to the higher education system in the country.

As far as specifications of the device goes, the $35 tablet has a 7-inch touchscreen, video conferencing, Wi-Fi, USB port, SIM card slot, 32GB HDD and 2GB RAM. When the device was demoed on Gadget Guru, it was powered by the Android OS. The prototype unit also had a resistive touchscreen and required a stylus to navigate. Some pre-loaded educational apps too are expected to ship with the device. Recent reports on the Internet also suggest that the device will be powered by an open source Linux OS.

The HRD Minister had told Gadget Guru that it is his aim to bring the price of the device down to $10. That may be a long-term plan, but for now we really can't wait to see the device in action and revolutionise the education system in India.

Catch the complete Gadget Guru chat with HRD minister Kapil Sibal in August 2010 and a hands-on preview of the device here.
Comments