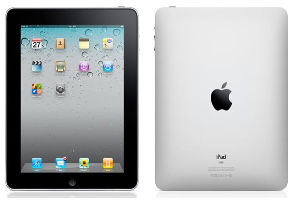 Highlights
Apple's legal troubles in China over the 'iPad' trademark are finally over. We give you a rundown of all the essential developments in this story.

1. On 8 February 2012, a Chinese court rejected Apple's appeal in a case regarding who owns the 'iPad' trademark in China, paving the way for a 10 billion Yuan (USD 1.6 billion) suit against the technology giant. (See: Apple in trouble over 'iPad' trademark)

3. Apple responded with a suit of its own in December 2011 to assert its right of the 'iPad' trademark in the Higher People's Court of Guangdong Province. The suit was promptly rejected and Apple given 30 days to appeal against the verdict. (See: Apple loses lawsuit in China, has to pay $1.6bn or rename iPad)

4. Apple filed the expected appeal in January 2012.  The rejection of this appeal on 6th February 2012 paved the way for proceedings in Proview's original 10 billion Yuan case to resume.

5. Proview Taiwan had sold the 'iPad' trademark to UK-based IP Application Development in 2006 for USD 55,000.

6. In January 2010, just before the original iPad was officially announced, IP Application Development started filing for the 'iPad' trademark in US and other countries worldwide.

7. In 2011, IP Application Development transferred the worldwide rights to the 'iPad' trademark to Apple.

8. In their lawsuit, Proview Shenzhen insisted the Taiwan affiliate was not authorized to perform the sale and, thus, it still retains ownership of the 'iPad' trademark in China.

10. On 2nd June 2012, Apple and Proview agreed to settle the case. Apple will pay Proview $60 million, as opposed to $400 million that Proview were hoping to get. "This is a result that is acceptable to both sides", Proview's lawyer said. (See: Apple agrees to settle China iPad trademark case for $60 million)
Comments