One of the world's largest software makers, Microsoft was founded in 1975. It is renown for Windows, the world's most popular operating system for PCs and laptops. It launched its Windows Phone smartphone OS in 2010, and its own Surface lineup of tablets in 2012. The Redmond, California based company completed its acquisition of the Nokia Devices and Services division in 2014. Xbox Game Studios, previously known as Microsoft Studios, is a subsidiary of Microsoft that publishes games. It’s known for games such as Age of Empires, Minesweeper, Solitaire, Halo, and Flight Simulator, among many others. Microsoft's latest mobile launch is the Surface Pro X. The tablet was launched in 2nd October 2019. The tablet comes with a 13.00-inch touchscreen display with a resolution of 2880 pixels by 1920 pixels at a PPI of 267 pixels per inch. 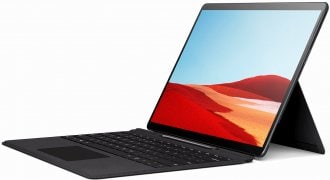