Alongside the iPhone 6s, the iPhone 6s Plus, and the new Apple TV, Apple on Wednesday also announced the iPad Pro. It's larger than ever, it has more pixels than ever, and it lets you do more things with an iPad than ever, the company said.

From hardware technical specifications to software features, to a new input method, the iPad Pro is different than any iPad the company has previously launched. Here's everything you need to know about the new tablet.

The iPad Pro comes with a 12.9-inch display, which is larger than the MacBook the company announced earlier this year, and same as the screen size on the MacBook Air 13 lineup. The resolution, however, is higher than all of these displays. The company said that the 12.9-inch on the iPad Pro has a screen resolution of 2732x2048, and packs in a sum of 5.6 million pixels. The company also announced that the iPad Pro has 78 percent more display area than that of the iPad Air 2, which has a resolution of 2048x1536 pixels.

Despite offering larger body, and larger display, the iPad Pro isn't much thicker than the iPad Air 2. In fact, compared to the 6.1mm thickness of the Air 2, the iPad Pro measures 6.9mm of waistline, and weighs 1.57 pounds compared to 0.96 pounds in its counterpart.

The iPad Pro, unlike the iPhone 6s and the iPhone 6s Plus, isn't getting the all-new 12-megapixel sensor. Instead it comes with 8-megapixel iSight camera capable of recording videos in FHD resolution.

The iPad Pro comes with four speakers to keep up with the impressively good viewing experience. All the corners come equipped with a speaker and together they create "soundstage" experience, Apple announced. The company said that the iPad Pro automatically adjusts the sound according to the way you're holding the device (in portrait mode/ landscape mode). The casing design language offers the speakers 61 percent more back volume, and a wider frequency range, the company added. Users will also get 3 times as much acoustic output than in any other iPad. 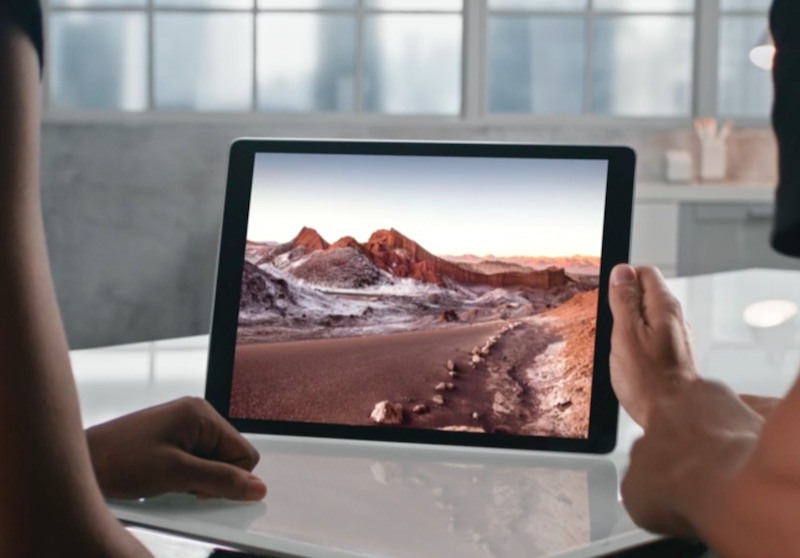 The iPad models have traditionally offered a better processor than the current generation iPhone models. The iPad Pro makes no exception. The iPhone 6s and 6s Plus come with A9 processor, whereas the iPad Pro rocks the A9X SoC. The company said that the A9X chipset is 1.8 times faster than the A8X chip, and that the iPad Pro itself is faster than 80 percent of the mobile PCs shipped in the past year.

Despite offering a desktop class processor, and a larger, as well as higher resolution-specced display, the company assured that the iPad Pro would last all day (withstand 10 hours of continuous heavy usage,or 9 hours on cellular mode).

The multitasking features -- Slide Over, Split View, and Picture-in-Picture -- that Apple introduced with iOS 9 for the iPad Air 2 works just as seamlessly on the new iPad Pro. The multi-tasking ability allows one to copy/paste from one window to another with just a tap.

The company also introduced the pressure-sensitive Apple Pencil, which is a stylus for the iPad Pro. The Pencil offers improved latency and deliver incredible accuracy for activities like designing, Apple said. It measures both pressure and tilt for a fast and fluid drawing experience. It also supports popular apps like Mail, Office 365, and new apps from Adobe among others. It is priced at $99. Apple Pencil can last for up to 12 hours on a single charge. The company also said that charging the Pencil for just 15 seconds will get 30 minutes of sketching time. 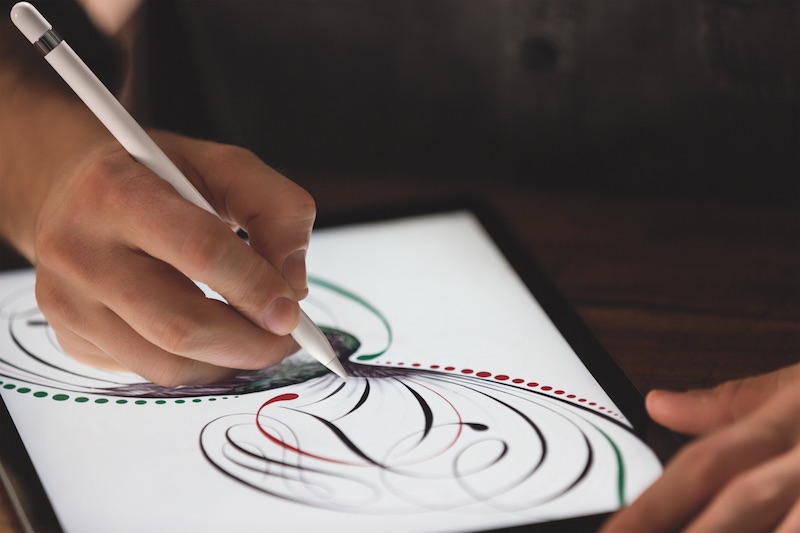