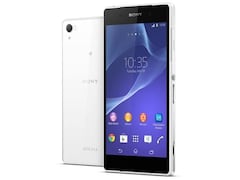 Sony is steadily climbing up the smartphone market share rankings, thanks to recent launches that have worked very well in their price bands. The company has had its ups and downs over the years, with a few models that have caught on, but no long-running success till very recently. Samsung is the dominant force in India as far as Android phones go, and Sony is only just beginning to establish itself as an alternative, with a distinctive identity that extends through hardware and software design.