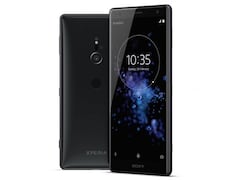 Sony Xperia XZ2 price in India starts from ₹ 57,900. The lowest price of Sony Xperia XZ2 is ₹ 57,900 at Amazon on 26th September 2020. This smartphone is available in 1 other variant like 6GB RAM + 64GB Storage with colour options like Black.