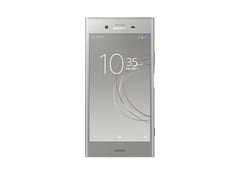 Sony releases two flagship smartphones every year, and though that might seem like an oddity, it’s not very different from what several other Android OEMs do. Samsung releases Galaxy S and Galaxy Note flagships roughly six months apart, and LG’s been doing something similar with the G series and the V series.

Sony Xperia XZ1 based on Android 8.0 and packs 32GB of inbuilt storage that can be expanded via microSD card (up to 256GB). The Sony Xperia XZ1 is a dual-SIM (GSM and GSM) smartphone that accepts Nano-SIM and Nano-SIM cards. The Sony Xperia XZ1 measures 148.00 x 73.00 x 7.40mm (height x width x thickness) and weighs 156.00 grams. It was launched in Black colour.

Connectivity options on the Sony Xperia XZ1 include Wi-Fi 802.11 b/g/n/ac, GPS, NFC, Headphones, 3G, and 4G (with support for Band 40 used by some LTE networks in India). Sensors on the phone include accelerometer, ambient light sensor, barometer, gyroscope, proximity sensor, and compass/ magnetometer.

Sony Xperia XZ1 price in India starts from ₹ 39,433. The lowest price of Sony Xperia XZ1 is ₹ 39,433 at Amazon on 11th August 2020. This smartphone is available in 1 other variant like 64GB with colour options like Black.