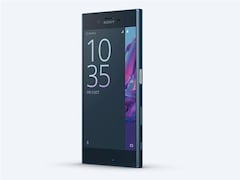 Not too long ago, Sony was one of the most revered smartphone manufacturers in India, and most regions across the world. Now, however, Sony finds itself on the fringes of the mobile market. Part of this is down to Sony's refusal to compete at the budget end of the market, where most of the action now lies. The company now operates in only a handful of markets, selling a smaller portfolio of products, and while that seems to have produced results in the short term, there are question marks over the long-term viability of Sony's mobile business.

Sony Xperia XZ based on Android 6.0 and packs 64GB of inbuilt storage that can be expanded via microSD card (up to 200GB). The Sony Xperia XZ is a dual-SIM (GSM and GSM) smartphone that accepts Nano-SIM and Nano-SIM cards. The Sony Xperia XZ measures 146.00 x 72.00 x 8.10mm (height x width x thickness) and weighs 161.00 grams. It was launched in Mineral Black, Platinum, and Forest Blue colours.