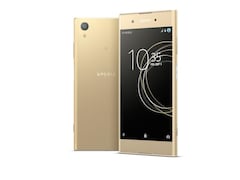 Sony Xperia XA1 Plus smartphone was launched in August 2017. The phone comes with a 5.50-inch touchscreen display with a resolution of 1080x1920 pixels.

The Sony Xperia XA1 Plus runs Android 7.0 and is powered by a 3430mAh non-removable battery.

Connectivity options on the Sony Xperia XA1 Plus include Wi-Fi 802.11 b/g/n, GPS, Headphones, Wi-Fi Direct, 3G, and 4G. Sensors on the phone include accelerometer, ambient light sensor, and proximity sensor.

Sony Xperia XA1 Plus
VS