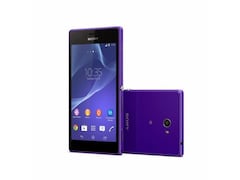 The mid-range smartphone market is currently saturated, which wasn't the case even a few months ago. There are a ton of new smartphones in the Rs. 18,000 - 25,000 price range, most with unique features and quite a few touting octa-core processors. Entering the fray is the Sony Xperia M2 Dual, a smartphone which promises good camera performance and long battery life.

The Sony Xperia M2 Dual has a Snapdragon 400 under-the-hood and looks good. What it doesn't have is a good screen and camera. The phone does perform remarkably well in the battery-life department, though.