Workplace by Facebook Launched, Takes on Slack for Intra-Office Communication

Facebook Inc launched a workplace version of its mobile app and website on Monday, marking the social networking company's first foray into the hotly competitive and crowded enterprise software arena.

The product, called Workplace by Facebook, has been in testing for more than a year and is now available to all businesses. It is designed for workplace communication and collaboration, putting Facebook in direct competition with the fast-growing startup Slack.

Workplace is a subscription product - a departure for advertising-driven Facebook - with businesses paying $1 to $3 per user. Slack's least expensive business plan charges about $7 per user.

Slack did not respond to a request for comment.

Workplace is the latest move by Facebook to take on competitors in all areas of social networking and mobile communications. Over the past several months it also has rolled out products to challenge the fast-growing ephemeral photo-sharing app Snapchat.

Still, the company will have to overcome the fact that Facebook is not really a work tool and is often viewed as a distraction in offices. To combat that, Workplace does not require people to sign in with their personal accounts and limits News Feed - Facebook's main feature where users can see regular updates from friends and others that they follow - to company announcements, memos and communications. 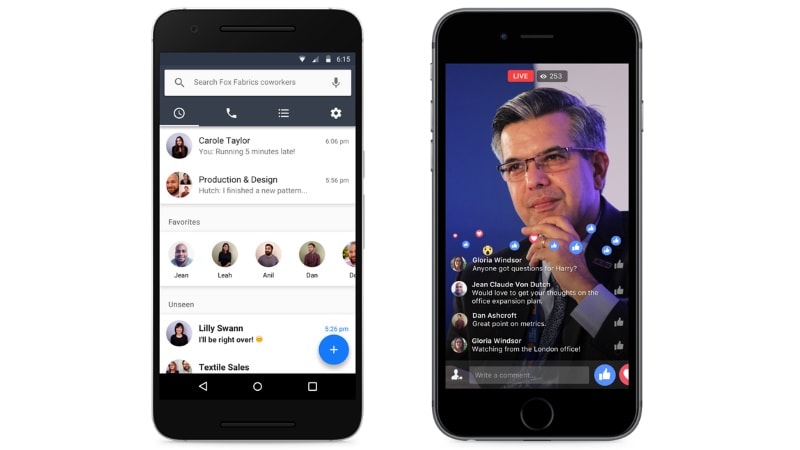 Facebook is building a direct sales force for Workplace and also working with professional services firms to get businesses signed up.

"We want to replace a lot of old technologies like internal emails, mailing lists, newsletters," said Julien Codorniou, Facebook's global head of Workplace. "These are things that people want to get rid of."

Facebook's power in mobile arena - its Messenger app has more than 1 billion users worldwide - could give the company an edge at a moment when businesses are increasingly looking for mobile-friendly communications tools.

Although its biggest markets for Workplace include the United States and the United Kingdom, Facebook is aggressively targeting businesses in emerging markets, including Africa and Asia, where some employees primarily rely on mobile phones.

It also is going after businesses with non-traditional desk workers - such as baristas, ship workers and factory workers - where employees spend the majority or all of their time outside of offices.

Facebook has more than 1,000 businesses signed up, the company said, with India as its biggest market.