Will rivals do to Google what Facebook did to MySpace? 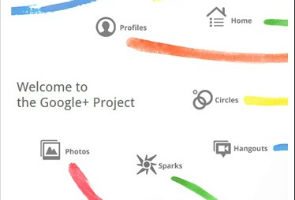 Highlights
Will rival research engines do to Google what Facebook did to MySpace?

"Google's position is more precarious than it first appears. If consumers and advertisers decide that Google's methods are biased or it has dropped the ball, defection to (Microsoft's) Bing or elsewhere could follow rapidly - witness the migration from MySpace to Facebook,'' says Wayne Crews of the Competitive Enterprise Institute in Washington.

Criticizing antitrust investigations against Google, he says in an article in the Vancouver Sun that US action against the search engine will undermine competition.

"Rivals claim that Google manipulates its search results to disfavour competitors' offerings and bolster its own properties. How Google ranks sites or steers traffic is its own prerogative. Yet even if it were to 'unfairly' favour its own properties, it cannot escape the ruthless market consequences of those actions, as competitors would be ready to exploit its folly,'' says Wayne in the article written jointly with Alberto Mingardi, director general of Instituto Bruno Leoni in Milan, Italy.

"Competing search engines like Microsoft's Bing are gaining ground. Others could be created by alliances among firms, should it come to that. It wasn't long ago that many of us were 'locked in' to the Yahoo and AltaVista search engines. The very emergence of Google would have been impossible if antitrust enforcers' vision of Internet market share were true.''

The authors say if US antitrust investigations create the impression among consumers and advertisers that Google's methods are biased, "defection to Bing or elsewhere could follow rapidly - witness the migration from MySpace to Facebook.''

MySpace was the most popular social networking site till 2008 when Facebook overtook it.

According to the authors, "Google's market power derives from consumers choosing to use it. To forcibly deny that choice is wrong in its own right and short-circuits the competitive process that yields consumer feedback and keeps companies on their toes.''

Google last month received a formal notification from the US Federal Trade Commission (FTC) that it has begun a review of its business.

"It's still unclear exactly what the FTC's concerns are, but we are clear about where we stand. Since the beginning, we have been guided by the idea that, if we focus on the user, all else will follow,'' the Mountain View, California-based search engine has said in its reaction to the antitrust notification.

Google is currently the world's second most valuable company after Apple.
Comments