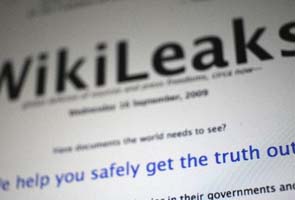 Highlights
The recent release of internal State Department cables by WikiLeaks, assisted by a coalition of news outlets in the United States and Europe, has been viewed as a national security matter -- have confidential sources been compromised? Could relations between the United States and Russia (or Italy or France or Pakistan) be permanently damaged?

But one can take an even longer view of the meaning of the WikiLeaks campaign: by exposing the candid workings of government, the project and its leader, Julian Assange, have transformed the debate over Internet privacy from one about the individual to one about the government.

In the aftermath, many of the sharpest critics of WikiLeaks have belittled what has been learned, saying the material appears meant to humiliate the United States with embarrassing assessments of world leaders rather than inform the public of gross misbehavior. The damage to the government instead relates to the loss of the confidentiality needed to conduct foreign affairs.

The conservative commentator Tunku Varadarajan, writing in The Daily Beast, was among the most direct in making the point: "Diplomacy, to work at all effectively, must draw a line between the 'consultative process' and the 'work product.' This is but part of the human condition: Human beings need to consult, speculate, brainstorm, argue with each other -- yes, even to gossip and say dopey things -- in order to find their way through the difficult task of coming to an official, or publicly stated position which would then be open (legitimately) to criticism."

Were he not talking about geopolitics and accusing Mr. Assange of being a Marxist (skipping right past the Socialist label), Mr. Varadarajan would sound a lot like the commentators who worry about the generation growing up engulfed by modern Internet technologies.

These young people, too, lack the ability to say and do dopey things without it seemingly haunting them forever. They may never have bought a book without being profiled. Or queried a search engine without being sized up for an advertisement. Or proffered, and maybe then withdrawn, friendship, without it being logged.

The author and critic Zadie Smith made these points in an essay titled "Generation Why?" in The New York Review of Books. It included a scathing assessment of what Facebook and other Web technologies have wrought among her college students. She fears that by sharing so much -- and having so much shared about themselves -- these young people have lost any hope for an inner life.

Whether the formats or the people are to blame is almost beside the point. "I am dreaming of a Web that caters to a kind of person who no longer exists," she writes. "A private person, a person who is a mystery, to the world and -- which is more important -- to herself."

In the essay's climax, she describes teaching an experimental novel "about a man who decides to pass most of his time in his bathroom," who lacks "interiority." She concludes: "To my students this novel feels perfectly realistic; an accurate portrait of their own denuded selfhood, or, to put it neutrally, a close analogue of the undeniable boredom of urban twenty-first-century existence."

Of course, there are reasons privacy is allocated the way it is -- that is, why governments should get it, and individuals less so. The Internet economy thrives on data collection about users -- to deliver better advertisements or to allow "friends" to share what they consume. And, naturally, diplomats need to be able to be candid back home, and be sociable at official functions.

In fact, the catty nature of many of the cables -- comparing Vladimir V. Putin and Dmitri A. Medvedev to Batman and Robin, for example -- reminds one of high school, and the perils of oversharing. You feel for the United States these days: I have home room with Dmitri, how can I look him in the face now?

To an outsider looking in, another teenage expression comes to mind: T.M.I., or too much information.

"The whole thing seems a little Facebooky," said Lisa Lynch, a journalism professor at Concordia University in Montreal, who has written about WikiLeaks. She said she was surprised no one had displayed the information in the cables as Facebook status updates: "You know, Sarkozy is no longer in a relationship with the United States."

Still, there was a larger purpose in the cable releases, she said. And it was not to teach the world the importance of privacy by showing the powerful how it feels to be transparent to the world. WikiLeaks has swept up the obscure and the weak (albeit obnoxious) in its past, as when it named members of the racist British National Party who certainly did not seek to be exposed.

Taking advantage of new technologies, Ms. Lynch said, the project has leveled the playing field, "reversing hierarchies of who gets censored and who gets surveilled."

In the process, WikiLeaks is perhaps trying to render governments as brain-addled as Ms. Smith sees her students.

In an essay attributed to Mr. Assange -- posted to his Web site in 2006 shortly before the start of WikiLeaks and given the name "State and Terrorist Conspiracies" -- he describes his views on authoritarian governments, the governments that he is trying to bedevil.

He speaks explicitly about trying to prevent oppressive governments from communicating internally: a government "that cannot think is powerless to preserve itself," he writes in the essay.

One scholar, Aaron Bady, last week wrote an analysis of "State and Terrorist Conspiracies" on his blog, saying that Mr. Assange's strategy for combating an authoritarian government was "to degrade its ability to conspire, to hinder its ability to 'think' as a conspiratorial mind. The metaphor of a computing network is mostly implicit, but utterly crucial: he seeks to oppose the power of the state by treating it like a computer and tossing sand in its diodes."

Put differently, governments, like teenagers, need to know when to keep their mouths shut: WikiLeaks is trying hard to make that task impossible.
Comments