US Justice Department Probes Whether Social Media Is 'Stifling' Speech 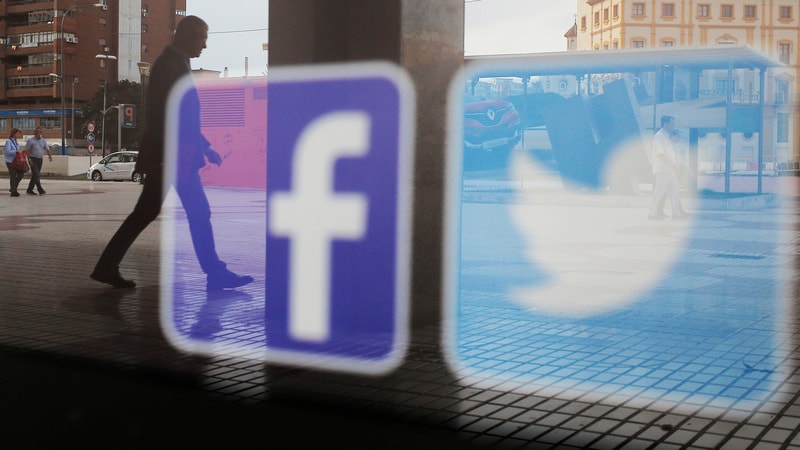 The US Department of Justice and state attorneys general will meet this month to discuss concerns that social media platforms are "intentionally stifling the free exchange of ideas," the department said on Wednesday.

Its statement did not name Facebook and Twitter, whose executives testified in Congress on Wednesday, but the firms have been harshly criticised by President Donald Trump and some of his fellow Republicans for what they see as an effort to repress conservative voices.

The companies deny any such bias.

US Attorney General Jeff Sessions convened the meeting, set for September 25, "to discuss a growing concern that these companies may be hurting competition and intentionally stifling the free exchange of ideas on their platforms," Justice Department spokesman Devin O'Malley said.

Shares of social media companies slipped on Wednesday as the executives met sceptical lawmakers, with Twitter off 6.1 percent and Facebook around 2.3 percent lower in late afternoon trading. Shares of Google parent Alphabet Inc. sank about 1 percent.

The Senate panel has been examining reported Russian efforts to influence US public opinion throughout Trump's presidency, after US intelligence agencies concluded that entities backed by the Kremlin had sought to boost his chances of winning the White House in 2016.

Sandberg and Dorsey said the companies had stepped up efforts to fight such influence operations, but lawmakers said there was far more to be done and suggested Congress might have to take legislative action.

"Clearly, this problem is not going away. I'm not even sure it's trending in the right direction," said Senator Richard Burr, the committee's Republican chairman.

Senator Mark Warner, the committee's top Democrat said, "I'm sceptical that, ultimately, you'll be able to truly address this challenge on your own. Congress is going to have to take action here."

Legislation addressing the use of social media for political disinformation could resemble a bill passed earlier this year - and signed into law by Trump - that made it easier for state prosecutors and sex-trafficking victims to sue social media companies, advertisers and others who failed to keep exploitative material off their sites.

Committee members also criticized Google for refusing to send top executives to testify at the Senate hearing, with just weeks before the Nov. 6 congressional elections.

Republican Senator Marco Rubio said the company might have skipped the hearing because it was "arrogant."

Bias allegations
Dorsey then testified at a House of Representatives Energy and Commerce Committee hearing focussed on the bias issue.

Representative Greg Walden, the committee's Republican chairman, said Twitter had made "mistakes" that, he said, minimised Republicans' presence on the social media site, a practice conservatives have labelled "shadow banning."

"Multiple members of Congress and the chairwoman of the Republican Party have seen their Twitter presences temporarily minimized in recent months, due to what you have claimed was a mistake in the algorithm," he said.

Dorsey denied any deliberate attempt to target conservatives, or promote liberals, during more than four hours of questioning.

"Recently we failed our intended impartiality. Our algorithms were unfairly filtering 600,000 accounts, including some members of Congress, from our search auto-complete and latest results. We fixed it," he said.

Trump was quoted as saying in the interview on Tuesday that "I think they already have" interfered.

Democratic House committee members accused Republicans of calling the hearing for political reasons, noting that Trump had featured accusations of bias in fundraising letters. The mid-terms will decide whether Republicans will keep their majorities in the House and Senate.

"Over the past weeks, President Trump and many Republicans have peddled conspiracy theories about Twitter and other social media platforms to whip up their base and fundraise," said Representative Frank Pallone, the committee's top Democrat.

Wednesday's hearings were attended by conspiracy theorists known as Trump supporters, who have dealt with bans on social media.

The conspiracy theorist Alex Jones, who was temporarily suspended from Twitter, sat in the front row of the Senate hearing, and interrupted Rubio.

The House hearing was interrupted by Laura Loomer, a conspiracy theorist who has been banned from major social media sites. She shouted that Dorsey was lying, accusing him of banning conservatives and saying Twitter was going to help Democrats "steal" the November elections.

Loomer was removed from the room as Republican Representative Billy Long used the droning cadence of his former career as an auctioneer to drown her out.