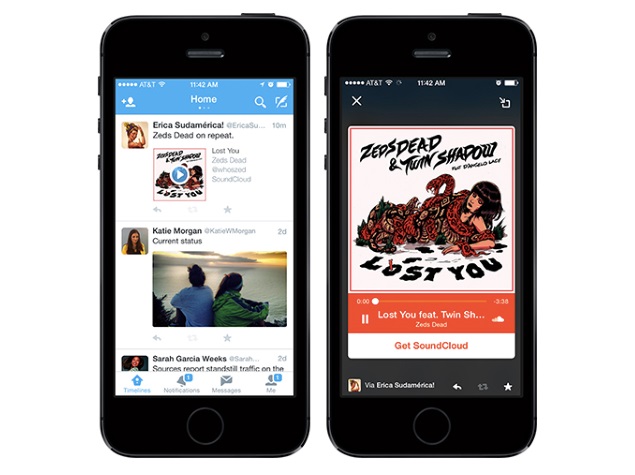 Twitter Inc will allow users to play podcasts, music and other audio clips direct from their timelines, or message feeds, via a new feature designed in partnership with Berlin-based audio-streaming service SoundCloud.

The online messaging service introduced on Thursday what it called "Audio Card," through which users can listen to a variety of content whilst browsing their timelines.

For starters, Twitter has promised audio from SoundCloud's partners, which include such diverse sources as Nasa, the Washington Post, CNN, David Guetta, Coldplay and Warner Music.

"Many more musical artists and creators will be able to share exclusive, in-the-moment audio to millions of listeners on Twitter," the company added.

Twitter's new feature comes after rivals from Apple Inc to Google Inc have jumped into the business of music-streaming, considered the fastest-growing segment of a music market dominated by iTunes.