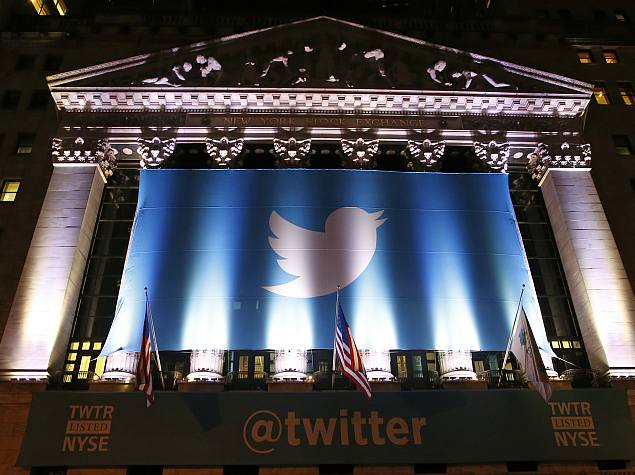 Too open. Too crowded. Too difficult.

That's why some Twitter users in South Korea and Japan say they are spending less time on the site or have quit for other services.

After selling shares in a highly anticipated initial public offering, Twitter is set to face minute ongoing scrutiny from a legion of new shareholders and Wall Street investment analysts. The price of $26 per share values Twitter, which has never made a profit, at more than $18 billion.

Waning appeal in parts of Asia, once the fastest growing market for the social network that revolves around users posting 140-character messages online, shows the challenge Twitter faces in keeping overseas users engaged. And in generating enough advertising to be profitable.

International users accounted for about three quarters of Twitter's members but only a quarter of revenue in the first nine months of this year. About 25 percent of Twitter's 232 million active users are in Asia.

Led by Japan, Indonesia, South Korea and India, Asia was the fastest growing region for Twitter in summer 2010, according to Semiocast, a Paris-based social media research company.

Millions of new users joined in the wake of the March 2011 earthquake and tsunami in Japan and during election campaigns. Celebrities, pop stars, politicians and opinion leaders flocked to Twitter, turning an experimental playground for early adopters into a dynamic online forum.

But growth has slowed in South Korea and Japan, a red flag for Twitter since both countries are wealthy and have high rates of mobile device usage -- now the predominant way Twitter is accessed. New mobile applications from companies such as South Korea's Kakao Corp. and Japan's Line Corp., have experienced explosive growth, making them potent competitors for eyeballs and advertising.

A desire for a less open, more exclusive social networking experience is part of the explanation.

Twitter remains blocked from China's vast market but another giant, India, is open to Twitter and it has amassed 27 million users there, according to Semiocast. Yet Twitter acknowledged in IPO filings that low use of smartphones in the poor country could hamper the ability of advertisers to deliver compelling advertisements and hurt its earnings potential.

The concept of interacting with strangers instead of friends and colleagues takes getting used to in a society that remains family-oriented, he said. "People probably don't know what to do on Twitter, since you don't see your friends and family on it right away."

In South Korea the number of new users signing up has plunged since December while more Twitter citizens are going dormant, according to CYRAM, a Seoul-based analytics company that specializes in social networks. Some 40,000 new users signed up in August, about a quarter of new users in December.

It estimates there are 7 million Twitter users in South Korea and only 1 million of them send more than one tweet a month. In August, 64 percent of Twitter accounts based in South Korea had not sent a tweet for more than six months, up from 56 percent in December of last year.

South Korean entrepreneur Richard Choi is one of those dormant users. After sending more than 18,000 messages to his 8,200 followers in the last few years, he has been silent on Twitter since June 25. Choi said he has been busy running his startup company but still found time to share pictures of his birthday cake and a homemade shepherd's pie with friends on KakaoStory, an Instagram-like mobile application that has been a hit in South Korea.

"Twitter is for news and information but there are other channels to get news," Choi said. "I don't feel like I need to come back."

In Japan, Twitter's status was elevated after it functioned as a virtual lifeline for many people following the 2011 tsunami. Japanese were able to communicate with others through Twitter immediately after the disaster as the Internet kept working but phones didn't. It remains a go-to destination for discussing popular television shows.

Twitter is a special arena for "when a certain incident calls for everyone's participation at one time," said Will Tachiiri, a social media producer and CEO of Logkr Media.

But a trend for defections and growing dormancy of accounts in Japan partly reflects that Twitter has also become a nasty battleground, with users hiding behind anonymity to launch vitriolic attacks on those they disagree with. "Sometimes one can be forced to leave the space or close the account since they were seriously offended, annoyed or traumatized," Tachiri said.

There are bright spots as Twitter courts advertisers overseas including the social networking service's ability to draw people who set trends and influence opinion.

In South Korea, "Twitter is SNS of 1 million people," said Song Seulki, a consultant at CYRAM. "But its impact is valid given that it is the SNS used by people from the 20s to the 40s who are public opinion leaders."
Comments