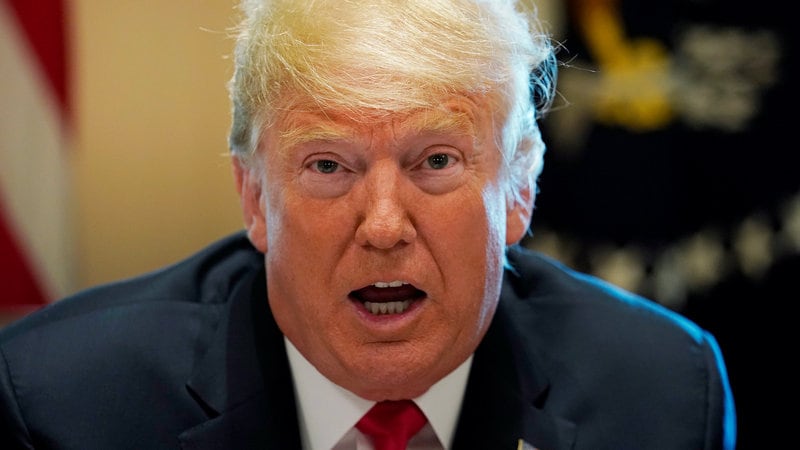 President Donald Trump on Saturday waded into the growing debate over the role of social media companies in policing public discourse, accusing them of "totally discriminating" against Republicans and conservative commentators.

In a series of morning tweets from his private resort in Bedminster, New Jersey, the president suggested the companies, which he did not name specifically, were engaging in censorship.

"Too many voices are being destroyed, some good & some bad, and that cannot be allowed to happen," Trump wrote. He added that "mistakes are being made" and vowed that his administration "won't let that happen."

The president's remarks came two weeks after YouTube, Apple, Spotify, and Facebook took down web pages operated by conspiracy theorist Alex Jones, a Trump supporter whose radio show the president appeared on during the 2016 campaign. Twitter followed suit this week in suspending Jones' account for posting a show that violated the platform's rules against violent threats.

Social media companies, with platforms that reach hundreds of millions, have been the focus of an intensifying debate over their responsibility to limit the spread of misinformation. Online activists have targeted Jones and others, forcing some advertisers to drop support of the programs.

In his tweets, Trump said it was "absolutely impossible to police" the sites and, as he has done often, suggested that mainstream news organizations whose coverage he does not like are "Fake News."

The president has lashed out angrily at the ongoing investigation from special counsel Robert Mueller into Russia's alleged influence campaign in the 2016 election, including potential ties to the Trump campaign. Among other things, Russian operatives have been accused of spreading false information through ads on Facebook.

"All of the fools that are so focused on looking only at Russia should start also looking in another direction, China," Trump tweeted Saturday. "But in the end, if we are smart, tough and well prepared, we will get along with everyone!"