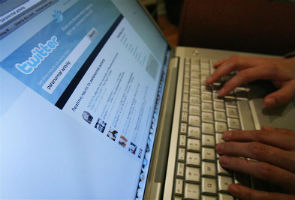 Twitter is expected to hand over tweets from an Occupy Wall Street protester to a New York criminal judge on Friday after months of unsuccessfully fighting a subpoena from prosecutors, the protester's lawyer said on Thursday.

Manhattan Criminal Court Judge Matthew Sciarrino ordered Twitter earlier this week to comply with the subpoena by Friday or face contempt and a substantial fine.

The protester, Malcolm Harris, was one of hundreds arrested during a mass protest on the Brooklyn Bridge in October. The Manhattan district attorney's office is seeking the tweets, which are no longer available online, to try to undermine Harris' argument that police officers appeared to lead protesters on to the bridge's roadway only to arrest them for obstructing traffic.

In the months since prosecutors subpoenaed Twitter for the records, Harris and Twitter have both waged a legal battle to quash the request, citing privacy concerns and other issues.

Sciarrino rejected those arguments and ordered Twitter in June to produce the tweets. Earlier this week, he told the company it had until Friday to comply or face contempt.

Harris' lawyer, Martin Stolar, filed for an emergency stay on Thursday in a separate court, but had not yet heard from the judge.

"It is my understanding that Twitter will comply, barring a stay," he said.

Twitter has filed an appeal of Sciarrino's June order, but it is possible the appellate court could find it moot if the company hands over the tweets on Friday, Stolar said. In addition to Twitter's appeal, Stolar has filed a civil action claiming Sciarrino overstepped his authority in ordering the tweets produced.