Twitter said accounts frequently interacted with will not be auto-blocked. 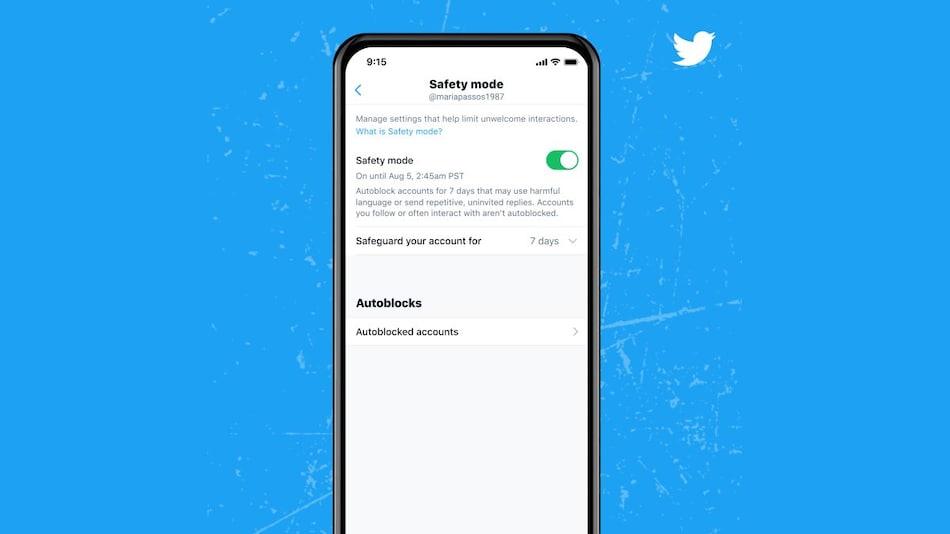 For those in the feedback group, Safety Mode can be enabled through Privacy and safety under Settings

Twitter will launch a safety feature that would allow users to temporarily block accounts for seven days for using harmful language or sending uninvited replies, the social media platform said on Wednesday.

Once the Safety Mode is turned on, Twitter's systems will check the tweet content to assess the likelihood of a negative engagement and the relationship between the author and replier.

Accounts frequently interacted with will not be auto-blocked, the company said, as it takes existing relationships into account.

Twitter has earlier taken several steps to address harassment on its site, which often occurs in unsolicited replies targeting women and minorities.

"We want people on Twitter to enjoy healthy conversations, so we're limiting overwhelming and unwelcome interactions that can interrupt those conversations," the company said.

Safety Mode can be turned on under settings and will be available to a small feedback group on iOS, Android, and Twitter.com, beginning with accounts that have English-language settings enabled, Twitter said.

Twitter also introduced Super Follows feature on its social media platform on Wednesday, which would allow creators to generate monthly revenue by sharing subscriber-only content with their followers.

People in the US and Canada using iOS can super follow a select group of people within the United States, the company said, adding that it would roll the feature out to people using iOS globally in the next few weeks.