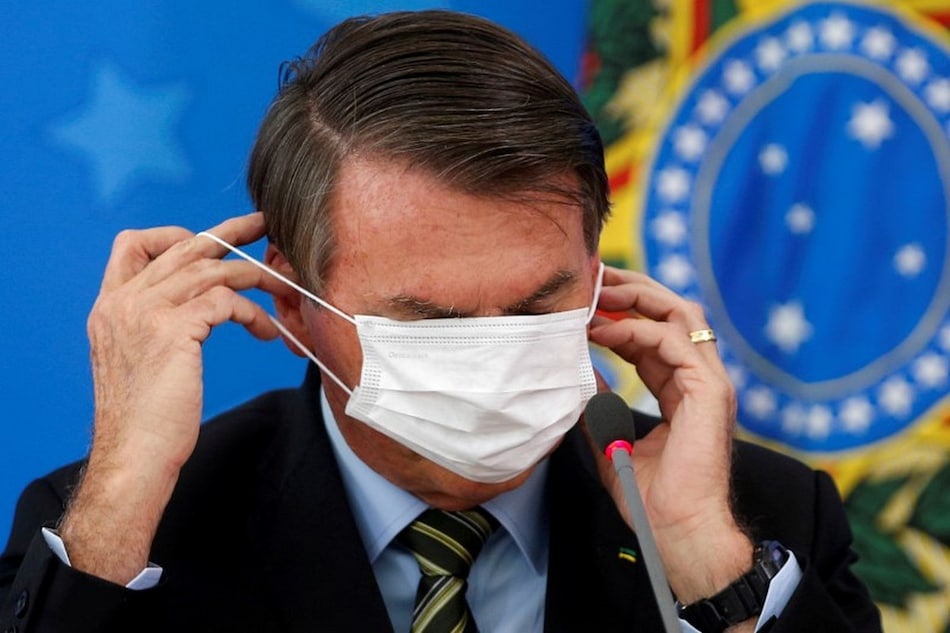 Two tweets by Brazilian president Jair Bolsonaro in which he questioned quarantine measures aimed at containing the novel coronavirus were removed Sunday, on the grounds that they violated the social network's rules.

The far-right leader had posted several videos in which he flouted his government's social distancing guidelines by mixing with supporters on the streets of Brasilia and urging them to keep the economy going.

Two of the posts were removed and replaced with a notice explaining why they had been taken down.

Twitter explained in a statement that it had recently expanded its global rules on managing content that contradicted public health information from official sources and could put people at greater risk of transmitting COVID-19.

In one of the deleted videos, Bolsonaro tells a street vendor, "What I have been hearing from people is that they want to work."

"What I have said from the beginning is that 'we are going to be careful, the over-65s stay at home,'" he said.

"We just can't stand still, there is fear because if you don't die of the disease, you starve," the vendor is seen telling Bolsonaro, who responds: "You're not going to die!"

In another video, the president calls for a "return to normality," questioning quarantine measures imposed by governors and some mayors across the giant South American country as an effective containment measure against the virus.

"If it continues like this, with the amount of unemployment what we will have later is a very serious problem that will take years to be resolved," he said of the isolation measures.

On Saturday, Health Minister Luiz Henrique Mandetta highlighted the importance of containment as a means of fighting the coronavirus, which has already infected 3,904 people in Brazil, leaving 114 dead, according to the latest official figures.

"Let's face the virus with reality. It is life, we must all die one day."

In the four videos posted on his Twitter account, Bolsonaro is seen surrounded by small crowds as he walked about the capital.

Bolsonaro has described the coronavirus as "a flu" and advocated the reopening of schools and shops, with self-isolation necessary solely for the over-60s.