Twitter seems to be working on including these labels — “Get the latest,” “Stay Informed,” and “Misleading.” 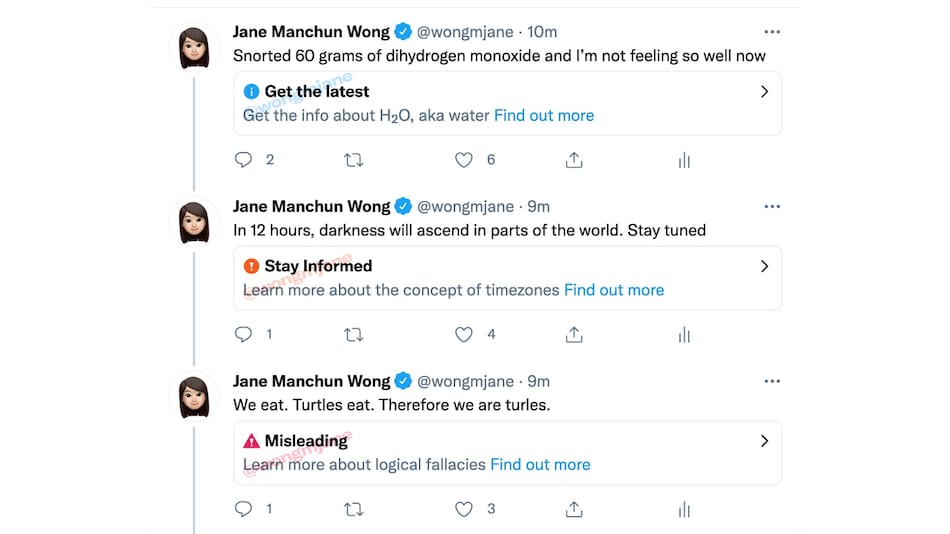 Twitter is working on three new labels to tackle the problem of misinformation spread on the social media. These labels will be pinned alongside a tweet that Twitter deems to be problematic or incorrect in some way. The three labels that Twitter seems to be working on include “Get the latest,” “Stay Informed,” and “Misleading”. The former is likely to offer more relevant information about the topic discussed in a tweet, allowing the user to be up-to-date on latest developments.

Reverse engineering expert Jane Manchun Wong tweeted a screenshot of Twitter working on these labels. These new warnings are still under development and there is no clarity on when they will go live. Also, Twitter needs to collate a large dataset to understand which tweet to label what. For instance, the algorithm needs to understand whether the tweet is misleading and label it with a relevant link to help the user understand what the real truth is.

“Get the Latest” label will offer the most up-to-date information on the topic in the tweet, “Stay Informed” will offer more details on the concept discussed in the tweet, and probably the most critical of the three is the “Misleading” label that will alert the reader that the tweet may be factually incorrect.

Twitter is embroiled in a controversy after it marked several tweets by ruling BJP leaders on an alleged strategy document of Opposition to target the government over COVID-19 as containing “manipulated media,” that prompted the police to visit its offices late. The Centre is also pushing Twitter to comply with new IT rules for digital media that require social media giants to appoint a chief compliance officer to the IT Ministry and share details of a lawyer working in a law firm as nodal contact person and grievance officer. After a notice from the Delhi High Court, Twitter says that it “strives to comply with applicable laws in India.”