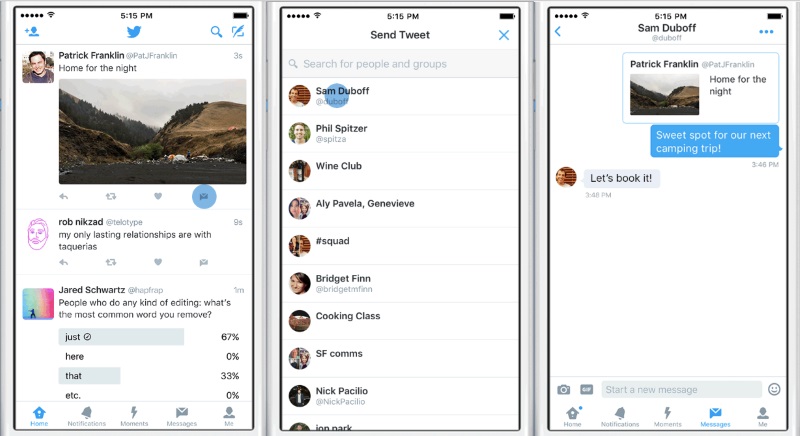 The move came as an acknowledgement of the appeal of one-to-one connections to users of the popular one-to-many messaging service, and as Twitter worked to ramp use of its platform.

Millions of direct messages are sent daily at Twitter, and the number of tweets shared privately tripled in the second half of last year, according to product manager Somas Thyagaraja.

"With all this interest, we've also heard from many of you that it could be easier to share a Tweet using Direct Message," Thyagaraja said.

Twitter has gradually enhanced its direct messaging option by letting people add animated snippets referred to as GIFs or emotion-capturing symbols called 'emojis,' as well as the option to send lengthy missives.

The new 'message' button was added to Twitter applications tailored for mobile devices powered by Apple or Android software, according to Thyagaraja.

Twitter defeated Verizon Communications, Yahoo and Amazon to win the bid, Bloomberg said, citing unnamed people with knowledge of the talks. Facebook reportedly dropped out of the bidding last week.

This deal will help the micro-messaging platform attract users in an attempt to turn their site into the premier spot to discuss live events.

The NFL in turn is trying to reach the growing number of viewers who have cancelled their cable TV subscriptions and rely on online sources for news and entertainment.