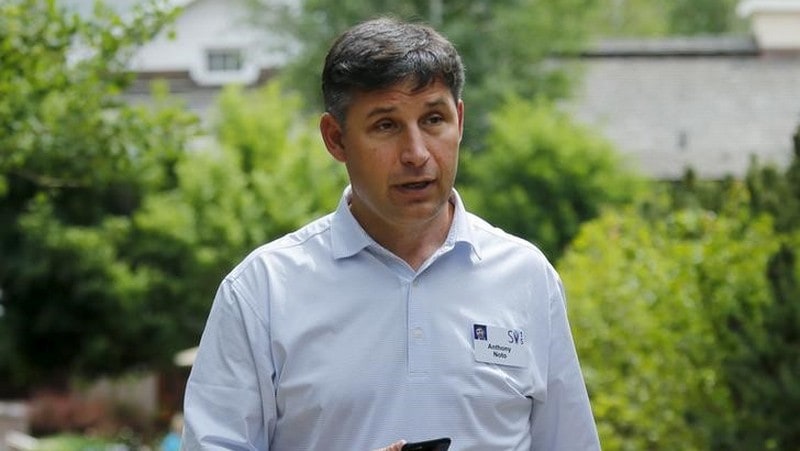 The move sowed fresh doubts that the microblogging site will be able to pull off an ambitious turnaround plan and eventually make a profit, and renewed speculation about SoFi possibly pursuing an initial public offering.

He became Twitter's chief financial officer months after the November 2013 IPO, and was promoted to chief operating officer in 2016 when his predecessor quit.

But Twitter's perceived fortunes have turned during Noto's time there, with analysts and investors raising questions about its plans for growth and eventual profitability.

Though Twitter expects to turn a corner soon, it has yet to make a quarterly profit, losing $2.5 billion (roughly Rs. 15,900 crores) from the start of 2012 through the third quarter of 2017. The company has come under fire for issues including how it handles harassment on its platform as well as errors it disclosed in how it counted users.

Noto had worked to add video and create a better advertising platform. And he was the Twitter executive most responsible for assuring Wall Street that better days were ahead, Wells Fargo analyst Peter Stabler said.

"We view the departure as a key loss for Twitter," Stabler wrote in a research note on Tuesday, echoing the view of several analysts.

"In his absence, we believe the company will need to elevate the visibility of another key operating executive to address investors, as we believe Twitter continues to face significant challenges in its turnaround strategy."

Twitter did not announce a replacement, but said Noto's responsibilities will be absorbed by other executives. Twitter CEO Jack Dorsey, who is also CEO of payments processor Square, called Noto "an incredible advocate" for the company and thanked him for his work.

Twitter's loss, SoFi's gain
Noto may be a welcome arrival at SoFi, where a sexual harassment scandal erupted in September that was followed by the departure of its prior CEO and a rethink of its business model.

SoFi launched in 2011 as an online lender that primarily refinanced student loans for young, affluent borrowers. But it soon expanded into a range of financial services, from mortgage lending to hedge fund investing.

It had threatened to upend traditional lenders by applying for a US banking license and appealing to young customers by hosting happy hours and match-making events.

SoFi's valuation soared along with its ambitions. The company was worth $4.3 billion (roughly Rs. 27,300 crores) as of its last round of funding in February 2017.

But in September, then-CEO Mike Cagney left the company following an investigation into claims that current and former employees were sexually harassed at work. Efforts to reach Cagney for comment at the time were unsuccessful, and a representative for Cagney did not comment on Tuesday.

That departure threw SoFi's strategy into doubt, along with the timing of an IPO that many investors and analysts had been expecting. In October, it withdrew its application for a banking license.

Noto on Tuesday signalled he would look to return SoFi to its prior aspirations.

"SoFi has a significant opportunity to build on its leadership position in student and personal loans to revolutionise consumer finance and build a next-generation financial services company," he said in a statement.

The company might revisit its banking application in light of Noto's arrival, Joanne Bradford, SoFi's chief marketing officer, told Reuters at an event on Tuesday.

At the event, SoFi said it has opened a waiting list for its no-fees deposit account service called SoFi Money partnered with headhunting firm Korn Ferry to offer career counselling services to its clients, and would launch a chat service for members on its mobile app.

Tom Hutton, an investor in SoFi who had served as interim CEO, said Noto's experience made him the perfect fit. Hutton will become non-executive chairman on March 1, when Noto takes on his new role.