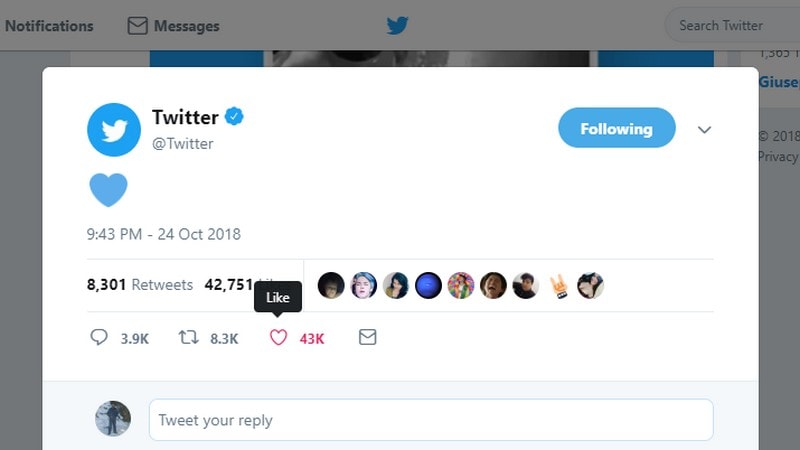 Twitter has confirmed it was considering removing the heart-shaped 'Like' button after its CEO Jack Dorsey admitted that he was not a fan and would be getting rid of it "soon".

After The Telegraph first reported about this on Monday, the micro-blogging platform said it was considering removing the 'Like' button but it will not "happen soon".

"As we've been saying for a while, we are rethinking everything about the service to ensure we are incentivising healthy conversation, that includes the like button. We are in the early stages of the work and have no plans to share right now," tweeted @TwitterComms.

The feature was introduced in 2015 to replace the star-shaped 'Favorite' button.

"Short story on 'Like'. We've been open that we're considering it. Jack even mentioned it in front of the US Congress. There's no timeline. It's not happening 'soon'," he also tweeted.

Twitter users, however, were not happy with the development, saying the 'Like' button allowed them to support others and offer solidarity.

"Some expressed fears that without the button, retweets and argument would be the only means of communication," reported The Verge.