Twitter becoming more influential as its user base expands 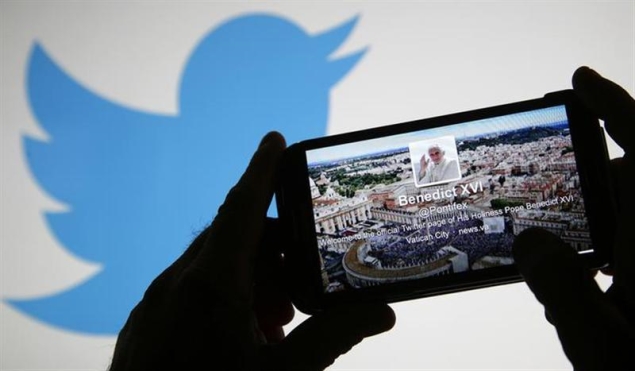 It is becoming the preferred social network for American teens. It is an important "second screen" for TV viewers of NFL football and "Dancing With the Stars."

It also happens to be a tool for social activists which arguably can help topple governments.
In its brief history, Twitter has become ingrained in global politics, culture and entertainment, in addition to being a simple tool for sharing ideas.

Twitter has become a democratizing force in political life, as seen during popular movements in Arab countries, but also in the United States and other developed nations.

In Arab countries, "it is very difficult for the state to dominate public discourse anymore because of Twitter," said Adel Iskandar, a Georgetown University professor of communication and scholar of Arab studies.

"You can have an official statement, and this can be taken to task in an instantaneous way by the public at large. This changes the dynamics and structure of power."

Iskandar said it would be "an oversimplification" to attribute the Arab Spring uprisings to Twitter, but maintained that the one-to-many messaging service "speeded things up."

"These protest movements could have occurred over six or seven years," he said. "But in a couple of days people found out what was happening a thousand miles away."

Important tool for democracy activists
Iskandar said the same is essentially true in the United States and elsewhere, because the populace on Twitter can instantly respond or debunk messages from political leaders trying to control their message.

Twitter "has a way of disrupting the status quo in an almost effortless way," he told AFP.
Philip Howard, who heads the Digital Activism Research Project at the University of Washington, said Twitter "is still one of the most important social networking tools for democracy advocates."

Howard told AFP that authoritarian regimes have cracked down or entrapped dissidents using Facebook but that "content flows more quickly on Twitter and it's harder to do that."

He said that Twitter's speed and mobility is useful "in the heavy days of protests when you are trying to get thousands of people to the central square."

Zeynep Tufekci, a University of North Carolina sociologist who researched recent protests in Turkey, said Twitter was "pretty much the social network that facilitated the protesters ability to break censorship."

She said dissidents in Turkey like Twitter "because it is lightweight, it protects the users, and you can follow people without having to friend them, which is important for many forms of communication."

Additionally, he said Twitter harnesses the power of the crowd to effectively squelch rumors and false statements in a way Facebook cannot.

"If someone wants to say silly things on Facebook you can't prevent that, but on Twitter it will be drowned out," he told AFP.

Twitter's immediacy is being used in television ratings, and for instant feedback for live programs like "Dancing With the Star," or to vote for contestants on "American Idol."

Twitter can measure happiness, track flu outbreaks
The more Twitter grows, the more it can be used to analyze trends, moods and other important societal data. It has been used to track outbreaks of flu and other diseases, and cases of food poisoning.

Researchers like Twitter because almost all tweets are open, and the company provides an easy way to download the data, says Northeastern University computer scientist Alan Mislove, who worked on a study measuring "the pulse of the nation" published in 2010.
"You can get a large sample of data that covers a whole country or several countries," he said. "You can get the text to look at sentiment, to look at patterns. This kind of data is being used by researchers in psychology, sociology, political science, geography."

Other scientists have used Twitter for a "happiness index," while some have focused on mood swings over a day or a season.

So, while Twitter is a useful organizing tool, it also measures the kinds of chatter that can be used to show who might win an election, or how popular a film might be.

Teens 'escape their parents'
US teens are gravitating toward Twitter as their preferred social network as well, according to a recent survey by the investment firm Piper Jaffray, which found 26 percent of youngsters naming Twitter their favorite.

A Pew Research Center report this year showed Facebook remains on top, used by 90 percent of teens, but that Twitter had doubled in popularity among teens.

"Twitter is meeting a need for a sense of simplicity," said Pew researcher Amanda Lenhart.
"It's 140 characters and that's kind of freeing. You don't have to write much. And young people appreciate the privacy settings, it's on or it's off."