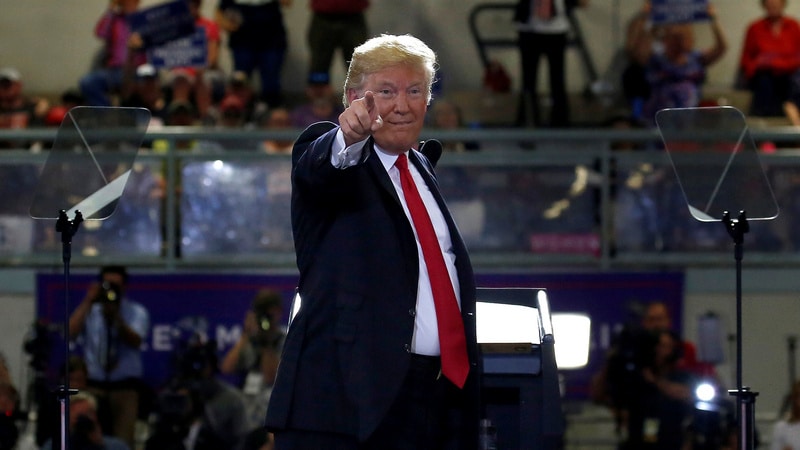 US President Donald Trump is by far the most followed world leader on Twitter, with the Pope trailing him by some 4.5 million followers, a study showed Tuesday.

The number of Trump's followers has "more than doubled since taking office", the study authors said.

In terms of interactions with followers - in the form of likes and retweets - Trump's lead is even more impressive, the study showed.

Over the past 12 months, the US president has had nearly 264.5 million interactions with his followers -- more than five times more than runner-up Modi, and 12 times as many as Pope Francis, in third place.

It also pointed out that the US State Department is the only US governmental department which does not follow the personal account of @realDonaldTrump.

At the same time however, the State Department does follow the Iranian Foreign Minister Javad Zarif and Iran's President Hassan Rouhani.

55 tweets a day
Tuesday's report found that leaders around the world have jumped on the Twitter train, with the governments of only six countries - Laos, Mauritania, Nicaragua, North Korea, Swaziland and Turkmenistan - still lacking an official presence on the platform.

In Europe, British Prime Minister Theresa May was the most followed leader on Twitter over the past year, with the @10DowningStreet account counting nearly 5.6 million followers.

The British royal family came next with 3.6 million, followed by French President Emmanuel Macron, who has nearly tripled his numbers since his election last year to over three million Twitter followers.

And Latin American governments are among the most prolific on twitter. Venezuela's foreign ministry sends out an average of 55 tweets each day over the past 12 months, according to the study.

While most world leaders and governments are growing their Twitter followings, there are exceptions.

BCW's own review of 951 Twitter accounts showed that 125 of them, or 13 percent, were currently dormant, 33 inactive and nine protected.