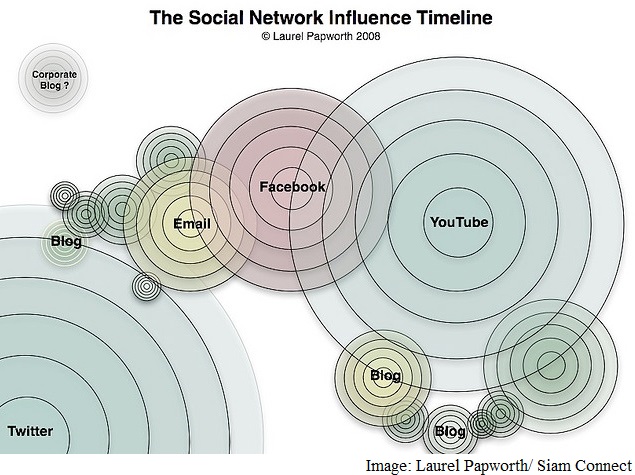 The secret to how certain products create a ripple in social media while others fail despite working hard is hidden in a proper timing strategy of promotion, says a research.

People in social networks are often influenced by each other's decisions, resulting in a run of behaviours in which their choices become highly correlated, thus causing a cascade of decisions.

"Our work began from the realisation that an organisation trying to guide the success of a cascade sometimes has an interesting source of leverage under its control - the timing by which it introduces the cascade to different parts of the network," said study co-author Jon Kleinberg from Cornell University.

"Consider, for example, how a company can choose to roll out a product at different times in different geographic areas or to different markets," Kleinberg added.

"To our surprise, the success of the cascade can sometimes be greatly affected by this choice of timing," the researcher said.

"With the right timing strategy, the cascade can have a good likelihood of spreading very widely, while with the wrong strategy, it can have very little chance of going far," Kleinberg said.

The researchers set out to characterise the kinds of timing strategies that are most effective, and how these strategies depend on the structure of the network in which they are operating.

They developed an algorithm for this timing or scheduling problem in cascades, adapted from a widely used framework in economic theory.

"Our work has identified these timing effects as an important potential strategy for catalysing a cascade. But our analyses work with a relatively streamlined model of individual decision-making," Alessandro Panconesi from Sapienza University of Rome, said.

The study was published in the SIAM Journal on Computing.
Comments